The Legacy of Billy Graham 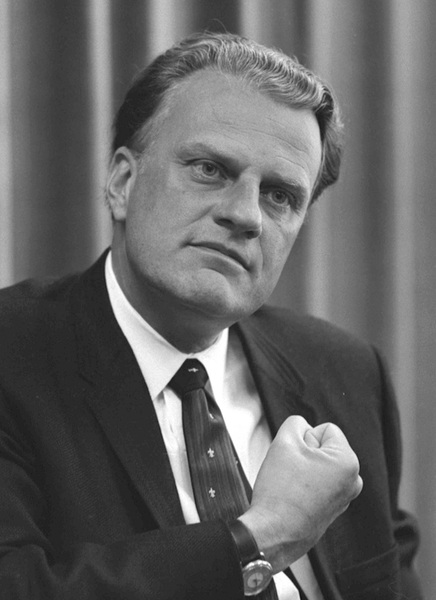 I was having a conversation with a friend over coffee at Panera this morning when the text came through; Dr. Billy Graham had passed away peaceably at his home in Montreat, North Carolina.

I was having a conversation with a friend over coffee at Panera this morning when the text came through; Dr. Billy Graham had passed away peaceably at his home in Montreat, North Carolina. He was 99. Some hours later, as I began to reflect on the death of this great servant of God, a sense of profound gratitude swept over me; gratitude for a legacy of faithfulness to the gospel of Jesus Christ. Could there be anything more honorable? I think not.

My first memory of Dr. Graham was as a child in my home in Jacksonville, Florida. Mom and Dad would call us in to sit on the floor in front of our small black-and-white television to listen as Billy preached the gospel. Years later, as part of a fundamentalist church and particularly as a student at Bob Jones University, I recall the harsh criticisms leveled at Dr. Graham for compromising biblical separation. As I think back on those disparaging remarks, they now strike me as superfluous, petty, and pharisaical.

There is no question that in Billy Graham God raised up a “voice in the wilderness.” His message broke through the fog of politics and religion as a light in a dark place. It was always the same: God loves you, Jesus died for your sins, and he will forgive you if you’ll trust him and give your life to him. Hundreds of millions heard that message and myriad thousands from 185 countries responded. Set aside the fact that he was a spiritual counselor to a dozen presidents, named in Gallup’s list of most admired 60 times, best-selling author; his North Carolinian brogue resonated with the masses. He truly was “America’s pastor.”

In short, he practiced what he preached, and he was faithful to the end. No taint of slander, no hint of scandal ever tarnished the message he proclaimed.

But perhaps the most significant element of Billy’s legacy is his personal integrity. In short, he practiced what he preached, and he was faithful to the end. No taint of slander, no hint of scandal ever tarnished the message he proclaimed. His love for his wife and family, his leadership as a husband and father, his consistent testimony as a man of God remain an example to us all. He was a paragon of Christian character and a great warrior for Christ.

Dr. Graham often spoke about heaven and his certainty of it based on scripture. What was said about Abel and his offering is also true of Billy, “he being dead, yet speaks.” I am certain that his death will result in thousands, perhaps millions hearing the gospel again. No other man in human history preached the gospel to so many. How many times we heard the call, “Just as I am, without one plea, but that thy blood was shed for me, O Lamb of God, I come.” And now with great thanksgiving we affirm: