The Sovereign Wisdom of GQ 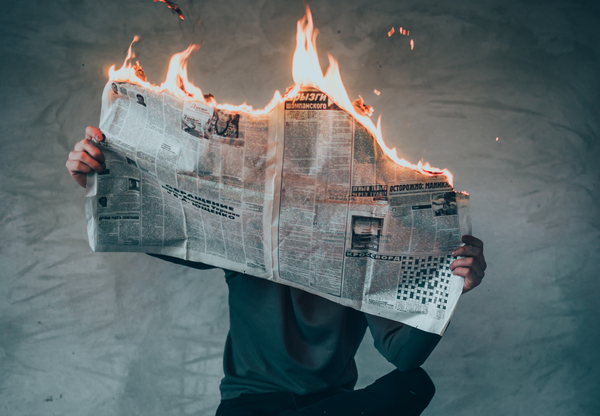 GQ gives you “permission” to ignore the Bible

Gentleman’s Quarterly (“GQ”) magazine recently published an article entitled “21 Books You Don’t Have to Read.” Not being familiar with their content, I wasn’t certain whether they were being ‘tongue in cheek.’ However, after reading the article, it’s clear that GQ is not kidding around, as they give readers “permission” to strike 21 titles from the Great Books canon—because “some are racist and some are sexist, but most are just really, really boring”—and offer their own replacements.

The arrogance of GQ’s editors should be offensive to thinking people. Seriously, who would be so audacious as to set themselves up as arbiters of what is and is not acceptable to read? Obviously, there are books that are terrible and not worth anyone’s time, but it’s not anyone’s business to tell us what we should and should not read. Literary critics serve a purpose and book reviews can be helpful, but literary criticism is not the same thing as suggesting certain books should not be read.

The arrogance of GQ’s editors should be offensive to thinking people.

Secondly, considering present cultural trends, GQ’s list represents a very slippery slope. For if there are lists of books people should not read, how long before there are list of books people are not permitted to read? Are we beginning to see a conditioning process by which certain literature is banned (Fahrenheit 451, anyone)? GQ’s foundation for judgment is political correctness. For example, Lonesome Dove, number one on their list, is not fit for mental consumption because of its “rigid masculine emotional landscape, glorification of guns and destruction, and misogynistic gender roles” which is “a major factor in the degradation of America.” Ironically, this ridiculous list of unacceptable books represents an extreme effort to avoid offense and discrimination and, in the process, it offends and discriminates.

Moreover, GQ includes the Bible as a book you don’t need to read. In fact, I would most likely not have written this had not the Bible been on its list. On this point, I have two thoughts: First, no one should be surprised. The Bible is not a politically correct book and is offensive to those who think themselves good people. Unbelievers are expected to reject the Bible since they have no capacity to discern its truth (1 Corinthians 2:14). Second, as Christians, we hold the Bible to be the Word of God and authoritative in all matters of faith and practice. If there is anything good to take away from GQ’s list, it is that God has graciously revealed himself to us through the scriptures. How grateful we should be to have access to it and the Spirit to guide us in understanding it and applying it.

If there is anything good to take away from GQ’s list, it is that God has graciously revealed himself to us through the scriptures.

Finally, I would like to address what the article said about the Bible. Their reason for saying we don’t need to read the Bible is that “it is repetitive, self-contradictory, sententious, foolish, and even at times ill-intentioned.” Wow, such an assessment reflects poorly on those who make it, and indicates that they misunderstand what the Bible actually teaches due to their own cultural blinders. The offense they take over certain biblical texts (say, sexual identity)—while agreeing with others (say, turn the other cheek)—exists because of unexamined assumptions regarding the superiority of their cultural beliefs. In the end, they attempt to become God’s judge with the Bible, rather than examining their own beliefs and asking what God would have them learn from the Bible and why. (For more on this, listen to Tim Keller’s sermon on objections to the Bible.)

How skewed is the thinking of the natural man; how narrow his thoughts. And how utterly sad that the incredible power, beauty, and impact of the greatest of all books is lost on these people. In the final analysis, the editors of GQ will themselves be judged by the book they reject. Our Lord Jesus said, “The one who rejects me and does not receive my words has a judge; the word that I have spoken will judge him on the last day.” (John 12:48).

GQ gives you "permission" to ignore the Bible and read something else in its stead.