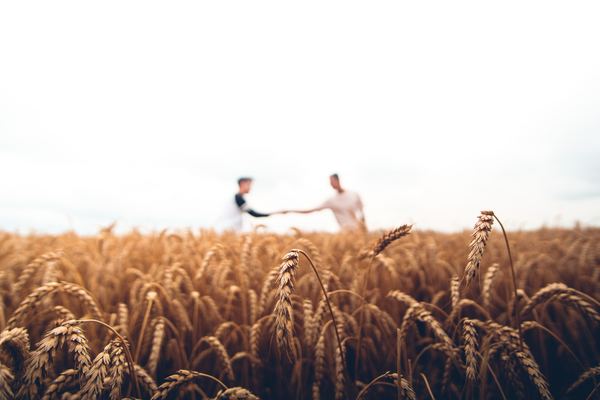 Not to beat a dead horse, but allow me to put an exclamation point on my sermon this past Sunday on sexual sin. Frankly, it’s more like a wild horse, since sexual immorality continues to be a struggle for millions of those who name the name of Christ.

I’m preaching through Ephesians, and in the fifth chapter, sexual immorality is clearly forbidden by the Apostle Paul. “Distinctive Christianity” (the title of the message) exhorts sexual purity in the midst of a society in the throes of a sexual revolution.

As a pastor I sometimes worry that my sermons are too hard, and that I may come across as overly harsh and lose the message of love in the gospel. Yet, as I ponder the issue of sexual sin, I see three principles that should guide the way it is addressed within the church.

While biblical preaching should always be authoritative, it also must communicate truth in love. As Christians, we should not need to be reminded that all of us struggle with sin and that none of us is above falling (1 Corinthians 10:12).

Pride sees sexual immorality as “more depraved” than your own sin, which puts you in the company of the Pharisee who says, “thank God I’m not like that.” (Luke 18:11) There’s no room for a Pharisaical “holier than thou” attitude. We’re all patients in the hospital of grace and in recovery. We must love with truth and grace.

An increasing number of churchgoers deny that a gay lifestyle is incongruous to the Christian faith. According to the Pew Research Center, a majority of U.S. Christians (54%) now says that homosexuality should be accepted, rather than discouraged, by society. Moreover, this trend is driven partly by younger church members, who are generally more accepting of homosexuality than their elder counterparts. For example, roughly half (51%) of evangelical Protestants in the Millennial generation (born between 1981 and 1996) say homosexuality should be accepted by society, compared with a third of evangelical Baby Boomers and a fifth of evangelicals in the Silent generation.

A young adult once told me that whenever I authoritatively proclaim that something is either black or white, Millennials instantly turn off. One Millennial explained it to me like this: “we like our wiggle room.” What that means is that they relish the neutral zone, where nothing is condoned or condemned, but each person must make up their own mind.

Sadly, too many churches have allowed the culture to shape the way they interpret scripture. There is no other word for this but compromise. The danger of promoting a gospel that allows for sexual license is damning souls to hell. DesiringGod.org says it well: “Christians cannot truly love those who identify as homosexuals without believing, and being honest with them, that such behavior is sin and will lead to destruction and eternal death.”

The church must remain a haven for those affected by sexual immorality. Parents dealing with a son or daughter that has embraced a homosexual lifestyle, a spouse broken through adultery, men addicted to pornography, or members struggling with same-sex attraction all need the church to be a place of hope and healing.

That means we must put to death anything in our hearts that would hinder us from communicating the truth of the gospel in love. Our biblical opposition to sexually immoral practices should also include the ability to lovingly welcome people affected by sexual sin to our Sunday services or gatherings with other Christians.

We must put to death anything in our hearts that would hinder us from communicating the truth of the gospel in love.

We can welcome them in this way because that’s what Jesus did for us. Christ didn’t avoid us because he was repelled by our sin. While we were still sinners, Christ died for us (Romans 5:8).

John Freeman is founder of Harvest, USA, a ministry for families troubled by sexual sin. Commenting on churches confronting these issues he said, “Those aren’t nice issues, but the gospel isn’t about being nice people. It’s about being new people.” To that I can only say, “Amen!”

Three principles that should guide the way sexual immorality is addressed within the church.