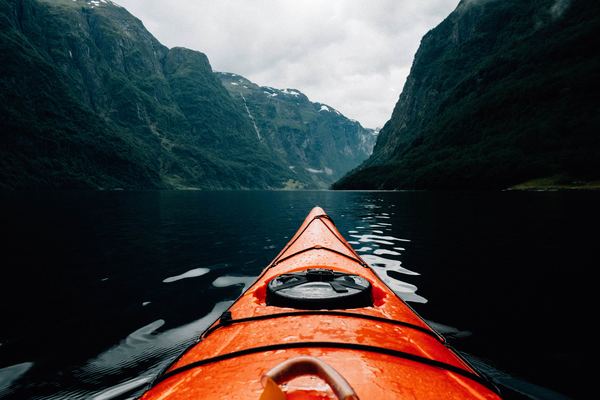 American John Allen Chau, 27, was killed on November 17 in his attempt to take the gospel to a small and remote tribe of people living on one of the Andaman Islands in the Bay of Bengal. Both The Wall Street Journal and the New York Times quoted Indian police chief Dependra Pathak as saying the death was a “misplaced adventure.”

In milling through reports and articles, I’ve discovered that most Christians admire John’s courage and believe he died as a martyr. Even major media outlets commend the young man’s fervent faith and compassionate determination. While we might expect criticism from secular outlets, it is somewhat surprising to note that some of the negativity comes from Christian sources.

The Unfundamentalist, a liberal Christian website, bluntly stated: “This isn’t martyrdom. This is zealotry. And a good example of how the arrogance and selfishness of Patriarchal religion and people cause them to force themselves on others without consent.”

In his podcast, Al Mohler, president of the Southern Baptist Seminary, had this to say about Chau’s tragic mission: “This is not the way that most modern missions organizations would seek to reach this kind of group.”

John Chau’s death raises several issues that I believe Christians need to address. First, was it wrong for him to disregard Indian law that forbad contact with the island? I don’t think so. John was obeying an authority above that of the Indian government. Christians have been commanded by the Lord Jesus to take the gospel to the “uttermost parts” of the world. (Acts 1:8) When officials sought to silence the early church their response was simply: “We ought to obey God rather than man.” (Acts 5:29)

Secondly, was Chau a “contemporary kind of villain” and “wholly oblivious of his ingrained prejudices,” as he has been labeled by some? Writing for The New Republic, Ryu Spaeth contended that Chau’s presence on the island “posed a danger to the Sentinelese, since they may not have developed immunity to the common microbes he carried with him.”

The question believers need to answer is whether or not it is right to keep the blessings and benefits of modern times from people enslaved in ignorance? Wherever the gospel has been received throughout the world, it has always improved the quality of life and proved beneficial to previously decadent people groups.

Thirdly, were John’s methods unbiblical? Holding the conviction of the priesthood of the believer (through Christ, believers have been given direct access to God, and every Christian has equal potential to minister for God), I don’t think so. Mohler, whom I admire greatly, intimated that Chau had no “infrastructure.” That is, he was not part of a sending agency under whose auspices he acted, and that his mission was a “solitary effort.” However, there is some evidence that John had made several attempts to reach the tribe, and that his efforts were known to the missionary organization, All Nations.

Perhaps the most important issue raised by the tragic death of John Chau is this: Why had no other organization, church, or missions group made any effort to reach the Sentinelese? Checking out Google Maps, I discovered there are several churches in the Andaman Islands. Had any effort been made by them or anyone else to take the gospel to these poor people?

I’m reminded of an encounter that evangelist D.L. Moody had with a woman who didn’t care for his method of evangelism. His reply was ‘I agree with you, I don’t like the way I do it either. Tell me how do you do it?’ The woman who had criticized replied ‘I don’t do it.’ To which Moody responded ‘I like my way of doing it better than your way of not doing it.’

While my heart is saddened by this young man’s death, I am grateful for his evangelistic zeal. I cannot say his was a “misplaced adventure.” Reading his diary entries makes it plain that he took seriously the Great Commission, and that he was willing to die so that others may hear the gospel. I am encouraged by the promises of God and believe that John Allen Chau did not die in vain. History has proven that a sovereign God is able to use the death of a missionary to further his redemptive plan.

He took seriously the Great Commission, he was willing to die so that others may hear the gospel.

I’ll leave you with a poem written by Presbyterian missionary E.H. Hamilton. I thought of this poem when first I heard about John’s story. It’s simply entitled “Afraid?”

Afraid? Of what? To feel the spirit's glad release? To pass from pain to perfect peace, The strife and strain of life to cease? Afraid? Of that?

Afraid? Of what? Afraid to see the Saviour's face, To hear His welcome, and to trace, The glory gleam from wounds of grace, Afraid? Of that?

Afraid? Of what? To do by death what life could not - Baptize with blood a stony plot, Till souls shall blossom from the spot? Afraid? Of that?

He is no fool who gives what he cannot keep