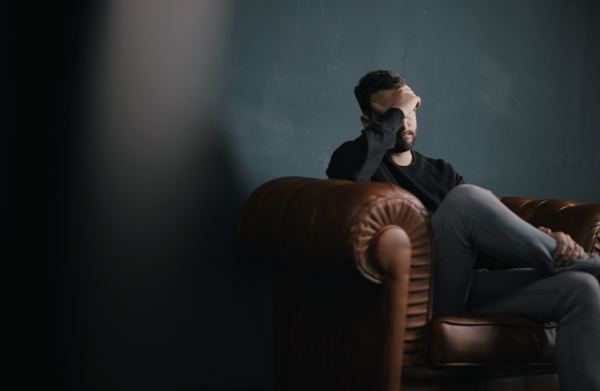 “Nothing could be more dangerous than to permit our emotions to rule our destinies. To do so is to be cast adrift in the path of life’s storms.” Dr. James Dobson

My ministerial experience has taught me that the emotion of guilt is very destructive. It’s destructive to your spiritual life, your relationships with others, and yes, even to your health. Guilt is what fuels the massive industry of psychotherapy as millions of Americans, even believers, struggle with this destructive emotion. If you live with guilt feelings, allow me to offer a few suggestions on how to end your guilt trip.

Guilt is the inner voice that shouts disapproval at our actions, thoughts and attitudes, creating a sense of shame. One six-year-old explained guilt as “the spot inside that burns when you’re not good.”

Understanding and discerning guilt requires making a distinction between true and false. You might experience feelings of guilt without having any culpability at all. On the other hand, you might be guilty without absolutely no feeling of guilt.

God created all of us with a built-in monitoring device called conscience. Your ability to discern your own guilt depends on the condition of your conscience.

The Bible talks about a “weak” conscience (1 Corinthians 8:7). In context, the Apostle Paul is addressing the guilt people would incur by eating meat that had been offered in pagan sacrifice. His conclusion was simple: what we eat doesn’t affect our relationship with God. Those who unnecessarily feel guilty need to strengthen their conscience by knowing and understanding what the scripture teaches about whatever is making them experience those negative feelings.

The Bible also teaches that our conscience can be defiled by sin (Titus 1:15). Think of a dirty window that is so filthy the light cannot shine through very well. Sin can do that to your conscience, defiling it to a point where the light of truth cannot reveal your guilt. In this case, restoring your ability to discern guilt requires confession and repentance (Proverbs 28:13).

The Apostle Paul wrote to Timothy about those whose consciences were seared; that is, past feeling. If you’ve ever seared skin on something hot, you know there is a loss of feeling there. Paul stated clearly that those with seared consciences were apostates who had rejected the gospel (1 Timothy 4:1-2). Beyond feeling, they have no shame for their sinful ways. The only cure for a seared conscience is regeneration whereby the Holy Spirit brings the conscience to life.

To help you discern whether your feelings of guilt are legitimate, take these three tests:

1. The Test of Reason: Is it reasonable for me to feel guilty?

Often, a person will feel guilty about something that was completely out of their control. I’ve heard about parents who feel guilty because their child was born with special needs. They wear themselves out thinking about what they may have done to cause the condition. Some people are so weak in conscience they feel guilty about everything that goes wrong and live under a cloud of self-condemnation. This is unreasonable guilt.

2. The Test of Scripture: What does the Bible say?

For example: If you’re a parent that feels guilty over your child’s rebellion or rejection of the gospel, you need to go to God’s Word to determine if there is any specific sin revealed to indicate responsibility. The Holy Spirit will show you. However, if you did the best you could and despite all your efforts that son or daughter turned from the faith, you need not bear the guilt. Of course, you will carry a burden for that child, but it isn’t reasonable for you to blame yourself.

3. The Test of Will: What was my intent?

Ask yourself, what was my intention when I did the thing that made me feel guilty? The Bible talks about sinning with a “high hand.” That simply means the thing done, thought, or spoken was done willfully. In this case, guilt is healthy in that it leads you to confession and repentance.

As Christians, we need to make sure that we keep our conscience clear. A clear conscience is rational, sensitive, and maintained in fellowship with Christ. Again, quoting the great Apostle, let us “always take pains to have a clear conscience toward both God and man.” (Acts 24:16)

Guilty or not guilty? Don’t let your emotions rule your life.