The Rise of Lukewarm Faith 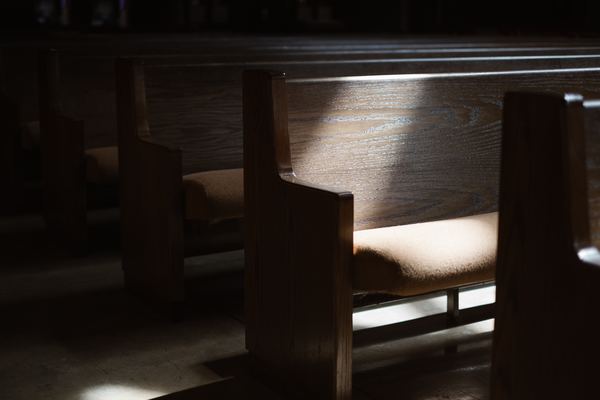 Last Sunday, I brought a message on Revelation 3:14-22 that weighed heavily on my heart due to its opposition to our present culture. The prophet Malachi described his own message as “the burden of the Word of the Lord,” and I totally concur that is often the case in today’s preaching. It is literally the transferring of a burden from the heart of a preacher to the hearts of his hearers. That burden is nothing less than the weight of truth upon our God-given consciences. In light of that reality, I would like to reiterate the more salient points of last Sunday’s sermon in hopes that you also will feel the burden.

The emergence of the so-called “Christian Left” is nothing less than the rise of an apostate church that has forsaken biblical authority. In Revelation 3, our Lord Jesus addressed such a congregation in Laodicea in the first century. It becomes painfully obvious that the Laodicean mold has been filled by churches all over America, especially when you consider three predominant characteristics of the movement. In other words, this is what happens to congregations when the Bible’s authority is rejected.

1. The self-deception of leadership.

Jesus told the Laodiceans they “knew not” their own spiritual condition. They supposed they were blessed by God and had no need, when, according to Jesus, they were “wretched, pitiable, poor, blind, and naked.” In similar fashion, the proponents of the “Christian Left” see themselves as morally superior to those who embrace traditional, historic Christian beliefs. In a USA Today op-ed, retired American Baptist minister Oliver Thomas writes: “Being a faithful Christian does not mean accepting everything the Bible teaches.”

Those who remain faithful to the historic Christian faith and the authority of Scripture are increasingly viewed as immoral—even hateful. Thomas claims that slavery and the subservience of women are examples of scriptural “teachings” now contradicted by our reason and experience.

He boldly asserts, “We have learned some things that the ancients — including Moses and Paul — simply did not know. Not even Jesus, who was fully human and therefore limited to what first century humans knew, could know about cancer, schizophrenia, atomic energy and a million other things the centuries have taught us.”

2. The acceptance of LGBTQ relationships.

While a number of issues make up the agenda of the “Christian Left,” the flagship cause is the LGBTQ movement. Thomas insists the church must be willing to admit it has been wrong about gays and lesbians. Amazingly, he states “a great revelation has occurred,” in which he means the Bible is wrong in its teaching on homosexuality.

Pete Buttigieg, a gay Episcopalian who is the mayor of South Bend, Ind. and a Democratic candidate for president, recently admonished Vice President Mike Pence for holding to the traditional teaching of Scripture on homosexuality. In a campaign speech, Mayor Buttigieg said his same-sex marriage has moved him “closer to God” and that “your quarrel, sir, is with my Creator.”

As the New York Times put it, “He is using the language of faith to confront the Christian right on territory they have long claimed as their own.”

3. The continued success of the prosperity gospel.

Another characteristic of the emerging apostasy in our time is the continued success of the “prosperity gospel,” just as the Laodiceans misconstrued their affluence as a sign of God’s blessing. Underlying the theology of the prosperity gospel is the notion that Christ’s sacrifice entitles us to material gain. This represents a great departure from traditional, historic Christian faith.

Underlying the theology of the prosperity gospel is the notion that Christ’s sacrifice entitles us to material gain.

David Jones has written, “Simply put, if the prosperity gospel is true, grace is obsolete, God is irrelevant, and man is the measure of all things. Whether they’re talking about the Abrahamic covenant, the atonement, giving, faith, or prayer, prosperity teachers turn the relationship between God and man into a quid pro quo transaction.”

Thus, the newly enlightened “Christian Left” believes it now holds the moral high ground, and that traditional Christians are on the wrong side of history. Their interpretation of the Bible manifests horrible ignorance of the Bible’s overall storyline and fails to distinguish between was is descriptive and what is prescriptive in the Bible. There could be no better description of those who reject the Bible’s authority than that given by Jesus when he called the religious leaders of his day “blind leaders of the blind” (Matthew 15:14). The questions Christian men need to answer in the face of surging apostasy is this:

• Are you familiar enough with Scripture to detect false views and teaching?

• How are you preparing yourself to speak up and take a stand when challenged?

• Likewise, what are you doing to train up the next generation to do the same?

Are you prepared for the rise of the "Christian Left”?