The Collapsing Bridge of Adolescence 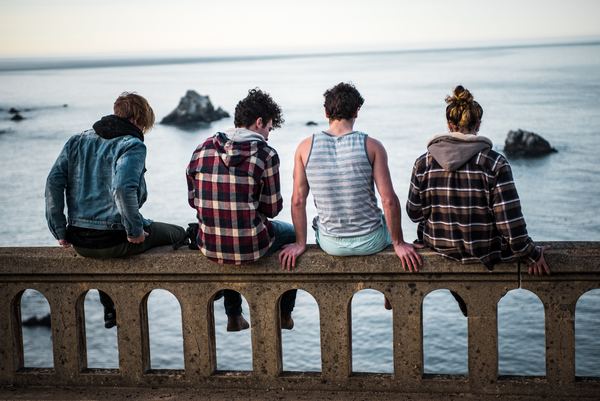 The U.S. has over 600,000 bridges, almost four in 10 of which are at least 50 years old. Moreover, about 9% of America’s bridges are considered “structurally deficient,” and on average there are about 188 million trips across a structurally deficient bridge each day. While this is concerning, there is one collapsing bridge in America that should concern every American: the bridge of adolescence that connects childhood to adulthood. This bridge of adolescence was constructed in the late 19th century as nations began defining the quality of their cultures by the treatment of their children. Health, protection and education became the governing principles of child life. However, America took it a step further, creating institutions to extend the protections of childhood into the teenage years. One of these institutions was the American high school.

A bridge too far?

The invention of high school was intended to serve as staging for the maturation of children; a means of preparing them for vocational success while protecting them from their own raging hormones. The influx of immigrants created the need to assimilate youth into a new way of life. The success was astounding as almost 80% attended high school by 1940.

“U.S. adolescents became the envy of young people around the world. … They embodied not just a stage of life, but a state of privilege—the privilege not to work, the right to be supported for long periods of study, and the possibility of future success,” according to Jon Savage in Teenage (2007).

The question and the challenge facing us in the 21st century is whether public high school effectively prepares adolescents for adulthood. According to Paula Fass, professor of history at the University of California, Berkeley, “the bridge is sagging at both ends as the innocence of childhood has become more difficult to protect, and adulthood is long delayed.”

One reason, Fass explains, is that the bridge of adolescence has been extended even further out by making college a required step toward adulthood. “Graduation, once the final step for most Americans on the road to work and steady relationships leading to marriage, no longer marked a significant end point on the way to maturity.” A college degree has become essential to the identity of the American middle-class and has stretched the entry into adulthood into the 20s and 30s.

On the other end of the bridge, the innocence of children has been shattered as the digital age opened up a dark side to the eyes of children. “Where 19th century childhood was a magical kingdom of talking animals and ‘little people,’ children’s minds could now be filled with dystopian fantasies of sex and violence,” said Fass. The gruesome reality of this has been demonstrated in the killing of teenagers by teenagers, as we first saw at Columbine by the end of the 20th century.

As the path to adulthood becomes increasingly more difficult to navigate, parents and especially fathers, are the key to making sure their children make it safely across. Part of that responsibility involves decisions about high school and college. You certainly would not drive your family across a bridge you knew was structurally unsound.

As the path to adulthood becomes increasingly more difficult to navigate, parents and especially fathers, are the key to making sure their children make it safely across.

So, what’s a dad to do? Many have chosen home-schooling as a safety precaution against bridge collapse. If you decide to keep your child in public education, I recommend the following:

Face the reality that you are in a competition for your childrens’ souls. Your children are being subjected to an aggressive agenda to indoctrinate your kids with the new morals of the sexual revolution. Unless you purposely and passionately communicate biblical values to your children, they are likely to embrace beliefs and practices contrary to the Christian faith. If you don’t match the intensity of the enemy you will be overwhelmed, outmanned, and defeated. Make sure they’re exposed to every benefit of home and church.

Seek to instill into your children the need to share Jesus with their friends at school. Teach them to develop healthy relationships with other kids and encourage them to invite them into your home. In Christianity Today, Jen Wilken writes: “Our homes are one of the greatest evangelistic tools we can give our kids, who will encounter the lonely and left-out daily.” She also stressed the need to give your children the gift of scripture memory saying, “we cannot impart words of life to others if we do not possess them ourselves.”

When it comes to teaching our kids, most things are better caught than taught. Dorothy Nolte was right when she wrote, “Children Learn What They Live.” Dad, you’ve got to live a life that reflects the values you intend to pass on to your children. When the Lord began to set apart a people to represent him in this world he chose Abraham and said, “I have chosen him, that he may command his children and his household after him to keep the way of the LORD by doing righteousness and justice, so that the LORD may bring to Abraham what he has promised him.” (Genesis 18:19)

I cannot emphasize enough the great need to pray for your children: fervently, consistently, specifically, and daily. Don’t wait for a crisis to pray for your children. Petition the Lord for their souls, their lives, their future and eternal welfare. You have an opportunity to give them a gift beyond compare by taking their current and future needs to God.

Fass concludes, “Today, more and more young people’s lives do not fit the contours of adolescence, and the institutions of the 20th century have become worn and dated. Parents are left without the intellectual resources to understand how their teenagers and 20-somethings will manage in a future that seems ever more unlike their own. Without clear boundaries and a solid content, adolescence as a meaningful experience is on the road to disappearing in the U.S.”

Apart from Christ, the future is indeed bleak. But as Christians, we have hope and we have resources the world does not have. We have the Word of God, we have the Spirit of God and his gifts, and we have the church of God. By God’s grace, we can not only get our kids across the bridge of adolescence but into heaven itself.

The path to adulthood is collapsing and we need to prepare our children now.