Caring for Planet A because there is a Planet B 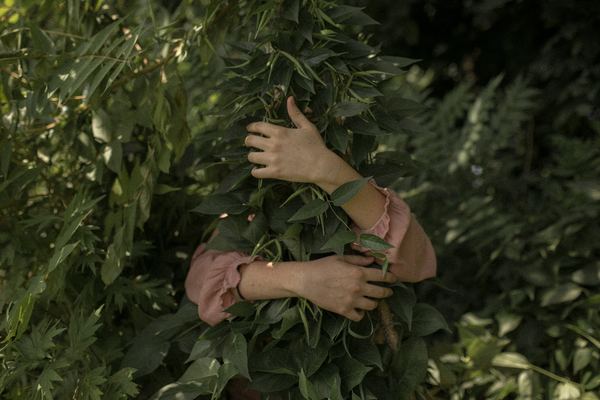 Henry David Thoreau died in 1862 but his transcendental worldview lives on today, as evidenced by the reportedly millions of young people that took to the streets this weekend for the “global climate strike.” One photo showed a young protester wearing a t-shirt that said: There is no planet B.

Transcendentalism was a philosophical and social movement that developed in New England in the 1830s and held that divinity pervades all nature and humanity. One of the movement’s central figures was Thoreau, who wrote On Walden Pond, which articulates the essence of the transcendentalism: a simple life lived autonomously in self-reliance. By immersing himself into his natural surroundings at Walden Pond, he found a path to self-discovery and personal freedom. The work is a great example of looking at nature independently of God and shows that those who refuse to worship the Creator will inevitably, in some form or other, worship the creation.

A purposeful and conspicuous absence of God exists in the present climate change debate. After all, Thoreau wrote, “For most men, it appears to me…have somewhat hastily concluded that it is the chief end of man here to ‘glorify God and enjoy him forever.’” Anyone who watches National Geographic or Sponge Bob Squarepants will readily discern a worldview that promotes man-made global warming as the main threat to human survival. Amid the biased media coverage and public pressure being brought to bear is an opportunity that Christian dads must seize to teach three great truths to their children:

1. God Is the Creator

The fundamental truth that our children need to know is that God is the Creator of all things. Genesis 1:1 sets the stage for everything else the Bible reveals about God. The Psalmist wrote: “How many are your works, Lord! In wisdom you made them all; the earth is full of your creatures. There is the sea, vast and spacious, teeming with creatures beyond number – living things both large and small.” (Psalm 104:24-25) In relation to the climate change debate, you need to teach your kids how creation displays the wisdom and glory of God.

In teaching your children that God created all things, they also need to understand that God is not identical with nature; he transcends his creation. He exists outside of creation and is not dependent on it in any way. At the same time, teach them that God is immanent within creation and working to fulfill his will and to bring many sons to glory.

God is not identical with nature; he transcends his creation

Your kids need to understand that God created the world for mankind, that he called it “good,” and that he also gave man the responsibility of caring for it. In addition to being careful to avoid pollution or doing anything harmful to the environment, you can do a number of educational things with your children. Obviously, reading and explaining the creation account in Genesis 1 and 2 is the best place to start. Recycling is another way to communicate your concern for the environment. You could also do an agricultural project to teach your children how to cultivate the earth, such as planting a tree or a garden, raising some of your own veggies, or creating a flower garden.

Contrary to the slogan on the young protestor’s t-shirt, the Scriptures clearly promise a Planet B. Peter wrote, “But according to His promise we are looking for new heavens and a new earth, in which righteousness dwells.” (2 Peter 3:13) God has promised to liberate our poor planet from the bondage of corruption and restore paradise. Jesus’ death not only secures the redemption of our souls but the redemption of creation as well. Isaiah prophesied:

“The wolf shall dwell with the lamb, and the leopard shall lie down with the young goat, and the calf and the lion and the fattened calf together; and a little child shall lead them. The cow and the bear shall graze; their young shall lie down together; and the lion shall eat straw like the ox. The nursing child shall play over the hole of the cobra, and the weaned child shall put his hand on the adder's den. They shall not hurt or destroy in all my holy mountain; for the earth shall be full of the knowledge of the Lord as the waters cover the sea.” (Isaiah 11:6-9)

Transcendentalism holds that divinity pervades all nature and humanity, which explains why there’s Mother Earth Day every April. It also explains why people worship trees and plants, mediate in the desert, and hang crystals on the rear view mirror. You owe it to your children to teach them the truth about this world in which live. Teach them God created it all and that we are responsible to take care of our planet. But most importantly, teach them Jesus died to redeem this world from sin’s dreadful scourge and that, yes, there is a Planet B.

The greatest hope for this earth doesn’t involve a climate summit.