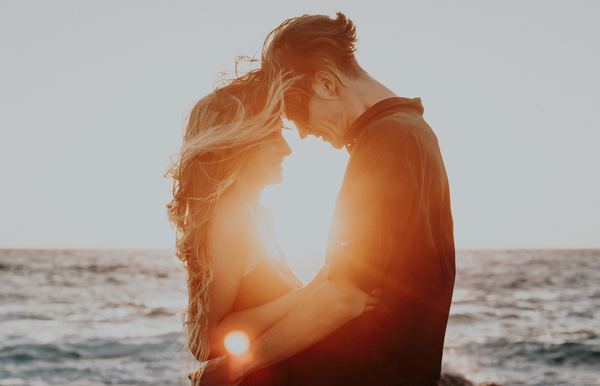 For too long, secular media have been the devil’s messengers communicating misinformation, half-truths, and flat out lies. In today’s culture, the scriptural teaching that sex be confined to the marriage of a man and woman is contemptuously regarded as naïve, unrealistic, and even harmful to your health. Christians must understand, maintain, and promote a biblical view of sex in the face of three common lies told about sex.

Lie #1: Sex is simply an appetite.

Lie #2: Sex is natural in a loving relationship.

This lie says, “Because I love this person, sex is okay.” The problem with this view is that it fails to realize that sex is never just sex. The Bible teaches that sex joins two people together on much more than a mere physical level. The first time the sex act is mentioned in the Bible it’s described as “two becoming one flesh.” This refers to a oneness of the entire person, a commitment that bonds a man and woman together in covenant love on all levels of life.

Furthermore, covenants in the Bible were often renewed. Because marriage is covenantal, each time a husband and wife have sex they are, in effect, renewing their covenant to each other. They are saying to each other: I am yours alone, completely and permanently. This is what God intended sex to be. Therefore, every time a person has sex outside of marriage, it diminishes the significance of sex with their future mate.

It is simply incoherent to say you love someone enough to have sex with them, but not enough to give yourself completely to them in covenant faithfulness.

Inevitably, those who have sex regularly outside of marriage also develop a sense of obligation that feels very marital. Because no covenantal commitment exists, the sense of obligation only frustrates and hurts. Some of these painful break-ups leave at least one of the partners devastated and damaged. As Timothy Keller points out, “Ironically, then, sex outside of marriage eventually works backwards, making you less able to commit and trust another person.”

Is it any wonder, therefore, that numerous studies have established a correlation between premarital sex and unhappy marriages. As one study proclaimed, “Actually, what people do before marriage appears to matter.”

This lie espouses sex to be just part of growing up. It’s what you do to become an adult. In light of the fact that sexual diseases remain at epidemic levels, it’s hard to believe that sex is simply a natural part of growing up. For today’s students, the secular world promotes the use of condoms, which can easily be obtained free through your local health clinic. Unfortunately, condoms cannot erase a memory, remove guilt, restore a reputation, or repair one’s self-esteem.

The Bible makes it clear that sex is to be reserved for when a man “leaves his father and mother.” It is frightening how early children are becoming sexually active in today’s hedonistic culture. Manhood and womanhood are never made in the bedroom, but through restraint and character.

Sex is never just sex. It strikes at the core of who we are as people and has a lasting impact on future relationships. The unspoken truth is that when young people begin having sex, even in this promiscuous, permissive society, they still feel a sense of shame and loss. The fatherless children, broken lives, and diseased bodies attest to the fact that God’s way is best, because it’s never just sex.