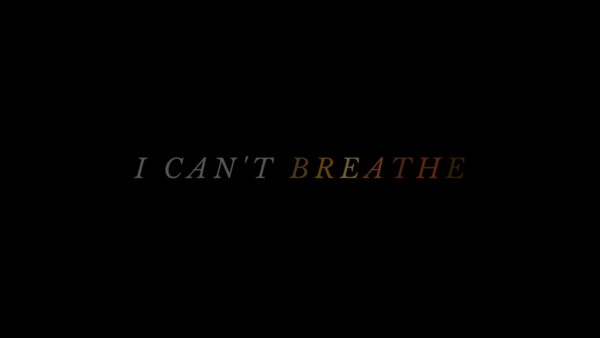 I have not read one article, nor have I listened to mainstream media reports on the tragic death of George Floyd. I say that because I want you to know that what I’m going to share is from my heart with the hope that it will provide a bit of clarity. It was heartbreaking to watch the now infamous video of Derek Chauvin kneeling on the back of Floyd’s neck. I found myself yelling at the video, “Let him up! What are you doing! Let him up! The poor man can’t breathe!”

Not only could Chauvin not hear me, he apparently chose not to hear the numerous pleas from bystanders to show mercy. This inexcusable abuse of power has provoked protests and riots across the country and Christians need to keep four things in mind as they process these events.

Prejudice based on skin color is an affront to God who “made of one blood every nation of men to dwell upon the whole face of the earth.” (Acts 17:26) It reeks of the pride that supposes one race is superior to other races. It is a root of bitterness that infects generation after generation as it is handed down to gullible children by their parents. Racism is a social sewer that has spewed its filth around the world for centuries. Whether Hitler’s holocaust, Japan’s rape of Nanking, the Armenian genocide in Turkey, or the genocide in Rwanda, the history of this evil is written in the blood of millions upon millions of human lives.

2. The Source of Sin is the Heart

From where does the sin of racism come? It proceeds from the human heart. That God created all men of “one blood” implies that every person is made in the image of God and we all share the same value in his eyes. But when man fell, sin “passed upon all men” and therefore, we’re all sinners. A person is not a sinner because he or she is racist. Rather they’re racist because they’re already sinners on the inside. It’s a simple but important distinction to make.

A person is not a sinner because he or she is racist. Rather they’re racist because they’re already sinners on the inside.

If we fail to see this evil springing from people’s sinful hearts, we will never be able to stop its dangerous spread. This is precisely why so many are engaging in blame, reacting with violence, and using a poor man’s death as an excuse to commit further crime. They don’t see the evil that lurks beneath the surface in their own hearts.

3. The Answer is the Gospel

The best way to combat racism between blacks and whites, and yes, it goes both ways, is through the gospel of Jesus Christ. Having been brought up in the South during the 60’s, I know from personal experience the ugliness of racism. It was a long journey before I came to the place where I acknowledged the evil racism in my own heart and repented. Through the gospel I came to see myself as the problem, and that only Christ could change my heart.

Furthermore, through my friendship with two black men, I came to understand that I had never been able to identify with their life situations. It was through the personal sharing of one of these men that my eyes were opened to the subtle nuances of racism. Little things people do without thinking that communicates racial bias. My friendship with this man was rooted in our mutual faith in Jesus Christ. If we had not been reconciled to God, we could never have been truly reconciled to each other. For that reason, I encourage you to build meaningful relationships across racial lines. Develop those relationships until you feel free to open your hearts to one another on this issue. It could be a very enlightening experience.

Finally, amid the chaos and crime of recent days, consider that what we’re really hearing is the shout of God. Having been thrust from the public sector he continues to reach out to us. In our despair and confusion, he is shouting to us and calling us home. When you watch the mayhem on TV or read articles about it, listen for the sound of his voice. As C.S. Lewis famously said, “God whispers to us in our pleasures, speaks in our consciences, but shouts in our pains. It is his megaphone to rouse a deaf world.”

That Derek Chauvin refused to listen to people’s pleas for mercy was tragic. But I fear it will be even more tragic should America continue to turn a deaf ear heavenward