Is Your Child Prepared for College? 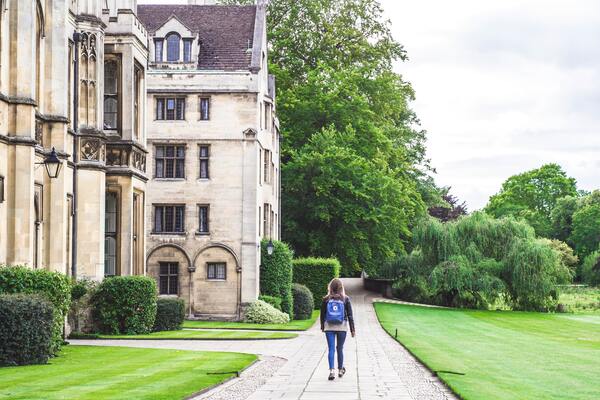 As a Christian dad, grandfather, and pastor, a major concern of mine is that our adversary, the devil, continues his relentless assault on the family. One of his battlegrounds is higher education, and surely he would like nothing more to disrupt the counsel of Proverbs 22:6, “Train up a child in the way he should go; even when he is old he will not depart from it.”

The Hebrew word translated as “train up” is also used in the Old Testament to mean consecrate and dedicate. “The overall context of Proverbs suggests the act of dedicating is focused more on an intentional, sustained, God-dependent shepherding of our children’s hearts as they grow into adulthood — one in which the children themselves are aware of the parents’ trajectory-setting intentions,” explains Jason DeRouche, professor at Midwestern Baptist Seminary.

College students raised in Christian homes will undoubtedly hear that their parents were dead wrong when it comes to evolution, sexuality, the Bible, and the Christian worldview in general. My heart goes out to parents whose children reject biblical Christianity and embrace falsehoods perpetrated in the classroom.

I would strongly urge parents to consider whether their son or daughter is prepared for what they will inevitably face on campuses. If there is a silver lining in the COVID-19 pandemic, it’s that more families are exploring other options about furthering their children’s education. It shouldn’t be assumed that a child is ready for college immediately upon graduating from high school. Of course, college readiness depends on several factors: expense, curricula, living conditions at the school, and of course, the state of your child’s faith.

In addition, here are some questions that I think every believing husband and father, for the sake of his own conscience, needs to answer before sending his son or daughter off to a state college or university.

1. Is my child’s faith strong enough to withstand the onslaught of lies they will face in these institutions?

Our Lord Jesus expects his followers to be salt and light in this world. I would support any parent sending their child to a secular institution if I knew that he or she would impact other students with the gospel. To that end, can your child articulate his or her beliefs in a compelling way to others? Do they seek their own spiritual development, or do they show no interest outside of scheduled church activities? Have you exposed them to contrary worldviews (and their underlying assumptions) so that they aren’t taken by surprise when they hear them at college?

Do they seek their own spiritual development, or do they show no interest outside of scheduled church activities?

2. Will the school my child attends reinforce or seek to dismantle the spiritual beliefs and values I’ve taught them?

A well-known study published about 10 years ago in the Sociology of Religion revealed that 18% of all undergraduate U.S. professors considered themselves “born-again Christians,” compared to about 30% of the general population. Only 6% of professors said that the Bible was the “actual word of God,” and 48% answered that the Bible was an “ancient book of fables, legends, history, and moral precepts.”

It also found that roughly 20% of professors had atheistic or agnostic beliefs about God—which is a rate more than double the general population. Almost half the professors of psychology and mechanical engineering were atheists. Amongst biologists, 33% were agnostic and 27.5% were atheist.

3. Am I willing to risk alienating my child by refusing to subject them to unbiblical indoctrination?

The fear of losing a child causes many parents to accept beliefs and values they once denounced. This is a huge mistake. In fact, I believe that to save our kids we must risk losing them. That’s right. We must be willing to go against the grain of cultural and secular ideologies by demonstrating our convictions clearly and strongly. Communicate your concern and let them know that you will never go along with or condone any teaching that erodes their confidence in God, the Bible, or a Christian worldview.

4. Have I proven to my child that I truly believe what I say I believe?

Your child’s risk of being influenced by falsehood increases if they’re not convinced that your own faith is genuine and that you practice what you preach.

Whatever happens this fall, whether schools reopen or not, as a parent make sure your child is spiritually prepared to leave home to further their education. Take the time to discuss the issues I’ve brought up here. Pray and ask for God’s guidance in making decisions that will affect your child’s future, and more importantly, their eternity.

This school prep list is more important than any supply check sheet.