The Most Misunderstood Emotion 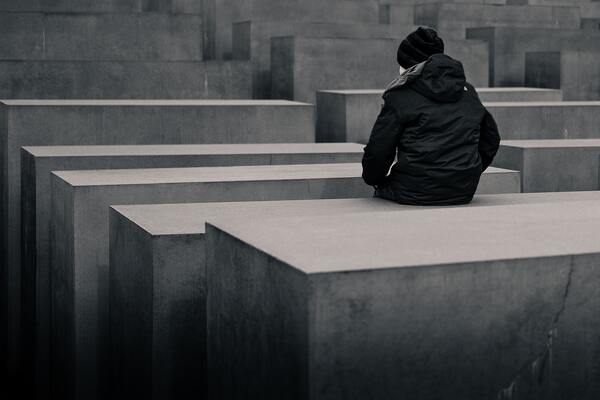 One of life’s most painful and misunderstood emotions is guilt. In my forty plus years of ministry I’ve witnessed the devastating impact it can inflict on one’s life, emotionally and spiritually. Guilt, however, is not necessarily a bad thing. If you’re struggling with guilt, here’s how to understand it and determine whether the feeling is legitimate or illogical.

Guilt is that inner sense of disapproval, produced by conscience, that induces a feeling of shame. (cf. Romans 2:15) Feeling such shame can lead to defeat and discouragement in our walk with the Lord, or prompt us toward excessive self-righteous behavior in an attempt to atone. My guilt created a sense of self-loathing so that I would not even ask for God’s forgiveness. I imagined I deserved whatever punishment he would mete out. A wall was created between me and the Lord that did not fall down until I confessed and accepted His forgiveness.

When it comes to guilt, we need to make an important distinction: The guilt that drives a person to do good as a means of penance is just as dangerous as the guilt that leads to despair and self-hatred. A highly sensitive conscience makes you vulnerable to either extreme. The devil uses guilt to convince you to earn God’s forgiveness by your own works or to beat you up with constant self-condemnation, whereas the Holy Spirit convicts us, through our conscience, to lead us to repentance and restoration.

Whatever is making you feel guilty needs to be examined in light of what the Bible says about it.

If you are suffering from guilt feelings that have affected your relationship with God and others, here are three tests to get your life back on track spiritually:

1. The Test of Reason

Ask yourself, “Is it reasonable to feel guilty about this?” It is possible to feel guilty without being legitimately guilty. For example, many parents feel guilty when their children don’t turn out like they had hoped. Many parents who did their best to raise godly children, live with guilt when those kids turn their backs on God. Such guilt is illegitimate in light of the fact that each of us is responsible for our choices. Perhaps you need to sit down with a Christian counselor to determine whether or not your feeling of guilt is legitimate.

2. The Test of Scripture

When Luther was accused of heresy at the Council of Worms, he declared, “Unless convinced by Scripture and plain reason, I will not recant.” Whatever is making you feel guilty needs to be examined in light of what the Bible says about it. Is it something that is clearly addressed by Scripture? Your pastor or a Christian friend may be able to help you discover the truth in this regard.

The Bible makes a distinction between sinning unintentionally and sinning intentionally. Guilt is most acute when we act in direct disobedience to God. Ask yourself, “What was my intent when I did, or failed to do, that thing which has produced feelings of guilt? Presumptuous sin can wreak havoc on one’s spiritual life. David prayed, “Keep your servant from deliberate sins! Don’t let them control me. Then I will be free of guilt and innocent of great sin.” (Psalm 19:13)

If your guilt is reasonable, the Bible is clear regarding your action, attitude, or lack thereof, and your disobedience was intentional, there is only one thing to do: “He that covers his sin shall not prosper, but he that confesses and forsakes it shall have mercy.” (Proverbs 28:13) Go to the Lord in sincere confession and acknowledge your guilt before him. Then, by faith, receive his full and free forgiveness. Don’t live under the cloud any longer.

Three tests to aid you as you work your way through feelings of guilt.