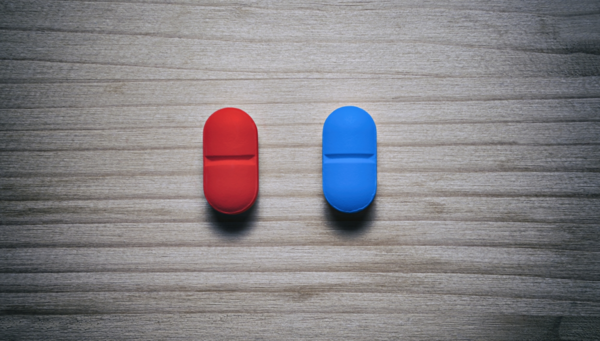 Last week I sat down with my wife to watch a documentary by feminist filmmaker Cassie Jaye entitled, The Red Pill. The film chronicles Jaye’s attempt to expose the Men’s Rights Movement (MRM), which she initially heard was a misogynistic hate group determined to turn back the clock on women’s rights. However, in the process of making the film, Jaye began to question her long-held feminist beliefs.

In her own words: “The film I intended to make was not what this film ultimately became…my hope for this film is to educate audiences on the issues that face men and boys in our society today and analyze why the current gender discussion is not fully inclusive.”

The title of the documentary is based on a scene out of The Matrix film where Morpheus offers Neo a choice to take either a red pill or a blue pill. Take the red one and your eyes will be opened to reality; take the blue pill and you go back to sleep in what you believe is reality, none the wiser. Jaye chose the title because Men’s Rights activists told her that feminist ideology was ‘blue pill’ and that they took the ‘red pill.’

Describing The Red Pill brings to my mind words like “compelling,” “shocking,” “provocative,” “necessary,” and more than anything “informative.” Central to the film’s story line is Paul Elam, founder of avoiceformen.com. His organization should not be confused with other more radical men’s movements that want to take advantage of women. In his own words, he wants to “look at the issues in an honest way, even when it’s uncomfortable.” To do that, he says people have to dismiss the false reporting and biased programming of the radical feminist movement. Some examples:

• Women are widely assumed to be the usual victims of domestic violence; however, several reputable studies show that men are as likely to be victims as women.

• Courts rule in the favor of women over 80% of the time in parental custody cases. Why?

• Criminal sentencing, educational opportunities, and health concerns all reflect a discrimination against men. (e.g., mortality rates for prostate cancer are very similar to those of breast cancer, yet the NFL never dons a pink ribbon for prostate cancer.)

One particularly disturbing revelation was the film’s expose of Boko Haram’s kidnapping of schoolgirls in Nigeria. Islamic terrorists have been fighting to bring the country under Islamic rule for many years. In their attempt to get noticed by the West, they finally figured out they had to target girls. They had been slaughtering men and boys by the thousands without getting noticed by major news outlets, yet as soon as girls were kidnapped, America rises up and says, “Bring Back Our Girls!”

The film shows how radical feminism has been bashing men for fifty years. Even now, attempts to speak out about these issues are being shamed, shouted down, and labeled as misogynistic expressions of the rape culture. News agencies and the entertainment industry depict men as perpetrators—when the facts reveal they’re often victims. According to radical feminism, the real enemy is patriarchy, which they say needs to be completely dismantled. As Karen Straughan says toward the film’s end, feminists “are not blaming men, they’re just naming everything bad after them, patriarchy.”

In the end, my wife and I were frustrated by the film because of the complete lack of any real solution to the problems that pit the sexes against each other. That failure is rooted in refusing to recognize the God-given gender roles spelled out in Scripture. Patriarchy, oft maligned and misrepresented, is basically the notion that men are the heads of families. This is the very thing Satan wants to destroy.

I encourage you to watch this documentary with your spouse. I thought it was an honest attempt to address an issue that isn’t going away. The film reinforced my conviction that men and women’s roles were designed by God for our good and human flourishing. See what you think.

The film is rated 16+ for violence, sexuality, and language.

An honest review of a documentary about men, by a man