Parable of the Prodigal Father 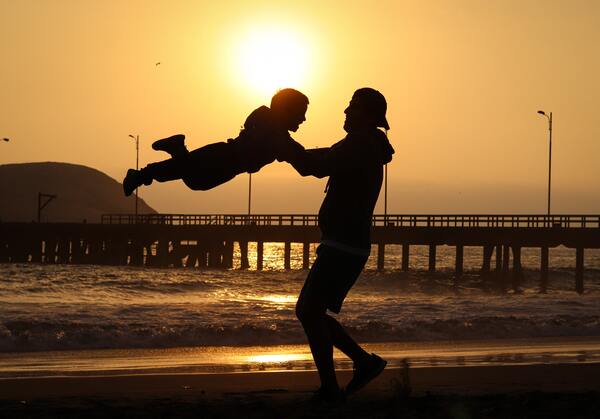 I believe the looming presidential election will have a significant impact on the direction of our country. I also believe that, as a father, grandfather and pastor, our country’s greatest need will not be resolved by politicians—but by everyday men who lead their families in the paths of righteousness.

Over 30 years ago, Dr. James Dobson made this observation: “The western world stands at a great crossroads in its history. It is my opinion that our very survival as a people will depend on the presence or absence of masculine leadership in our homes. I believe with everything within me that husbands and fathers hold the key to the preservation of the family.”

With that in mind, let me share this adaptation of Jesus’ parable of the prodigal son, which has been turned into a challenge for dads to be involved and invested in their sons’ lives. I have not discovered who originally penned it, and I’ve altered some of it to make it more contemporary:

A certain man had two sons, and one of them said to his father, “Dad, give me the portion of your time, companionship and counsel that falls to me.” And the father divided to them his livelihood in that he paid the bills, sent them to a Christian school, and provided for their physical needs.

Not many days after, the father gathered all his interests and ambitions and took his journey into a far country and invested his life in things that did not interest his son, and there wasted his opportunity to be involved in his son’s life.

And when he had spent the very best of life to gain success and security, he discovered he was not happy, and a mighty famine arose in his heart. He began to be in want of sympathy and true friendship. So he went and joined a club in that country, and they elected him chairman of the board. He longed to fill his heart with the things that other men did, yet no man gave him real friendship.

But when he came to his senses, he said, “How many men of my acquaintance have sons they understand and who understand them, who talk about their children, and who seem happy in the fellowship of their home, and yet my heart is so hungry? I will arise and go to my sons and will say to them, “Sons, I have sinned against heaven and in your sight, and I am not worthy to be called your father; make me as one of your friends.”

And so, he arose and came to his sons. While he was yet a great way off, his sons saw him and were moved with astonishment. Instead of running to him, they drew back and were ill at ease. And the father said to them, “Sons, I have sinned against heaven and in your sight, and I am not worthy to be called your father. Forgive me now and let me be your friend.”

But the sons said to him, “There was a time when we wanted your friendship and counsel, but you were always too busy. Thus, we received counsel and companionship from others, but it was the wrong kind, and now we are wrecked in body and soul and there is nothing you can do for us. It’s just too late.”

Dad, hands down, you are the greatest influence in the lives of your children. Don’t let this sad ending become a reality in your family.

Dads impact their children’s lives whether they are present in them or not.