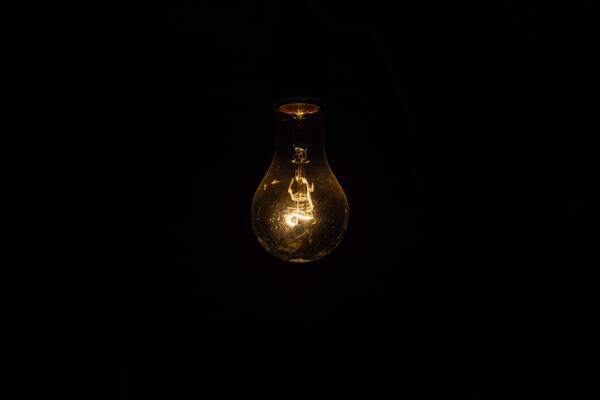 Sunday Night Football was interrupted this week when, somewhere nearby, a limb broken by high winds fell on high tension wires causing a transformer to blow. I heard the boom in the distance and darkness suddenly filled the house. About half an hour later, my phone buzzed with a text from BGE acknowledging the outage and assuring us they were on the job, hoping to restore power within three hours. For the next six hours, we were in the dark with only the sound of wind racing through the trees outside.

Judith and I are no strangers to power outages, and losing power generates (no pun intended) the need for additional measures. You have to do what you can to ensure water continues to flow, food won’t spoil, and pipes won’t freeze, while hoping power will return as soon as possible.

Spiritually speaking, we are experiencing dark times in America. Many are hoping that the outcome of the presidential election can provide a renewed sense of empowerment or recover some degree of societal stability. Others are hoping for an end to the pandemic and a return to some form of normalcy.

Christian hope isn’t about ending current problems; it’s about waiting for a coming Savior. Looking through the eyes of faith, hope sees the end of all problems and the ushering in of Christ’s kingdom. “We are looking forward to the new heavens and new earth he has promised, a world filled with God’s righteousness.” (2 Peter 3:13) Timothy Keller tweeted, “While other worldviews lead us to sit in the midst of life’s joys, foreseeing the coming sorrows, Christianity empowers its people to sit in the midst of this world’s sorrows, tasting the coming joy.”

Looking through the eyes of faith, hope sees the end of all problems and the ushering in of Christ’s kingdom.

Make no mistake, while believers desire certain outcomes in this election and an end to COVID-19, our hope is rooted in something far deeper than the democratic process and medical technology. Our present situation does indeed call for certain measures: we vote, we pray, we serve one another, and we do our best to live out our faith as the Apostle Paul says, “shining like bright lights in a world full of crooked and perverse people.” (Philippians 2:15)

Christian hope is never passive, idling in neutral and waiting to see what happens. Rather, biblical hope inspires us to act. Peter wrote: “Therefore, preparing your minds for action, and being sober-minded, set your hope fully on the grace that will be brought to you at the revelation of Jesus Christ.” (1 Peter 1:13) Hope fuels our spirits in the midst of the darkest times and enables us to persevere knowing “this hope will not lead to disappointment. For we know how dearly God loves us, because he has given us the Holy Spirit to fill our hearts with his love.” (Romans 5:5)

The texts I received from the power company were reassuring to a degree, not nearly as comforting as the texts from God that assure me he’s still on the job. In his time, the darkness will end. Jesus will return as he promised. In the meantime, hope leads us to persevere through dark times, to roll up our sleeves and work for the good of all men, and to shine as lights in this present darkness.

Finding Light in the dark and hopeless state of this world