Are you a student of the Bible? 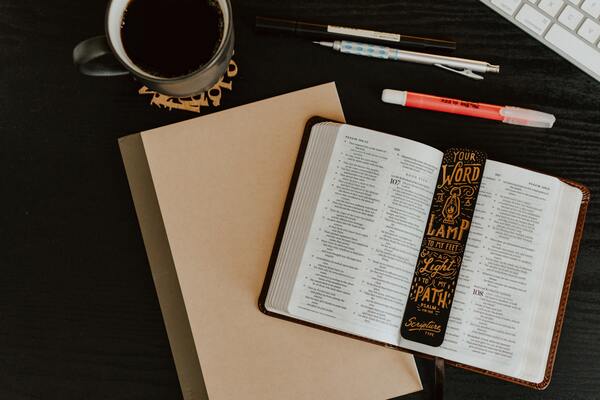 I recently came across a quote by atheist Andrew Seidel of the Freedom from Religion Foundation that is highly typical of secularism’s attitude toward the Bible. He said: “The road to atheism is littered with Bibles that have been read from cover to cover.” Obviously, the Bible’s message “did them no good because they didn’t share the faith of those who listened to God.” (Hebrews 4:2 NLT) It’s also quite obvious that we are living in a culture that is increasingly anti-Bible.

To millions of Americans what was formerly known as the “good book” has become the “bad-book.” There’s even a website, EvilBible.com, that highlights immorality supposedly condoned in Scripture. Richard Dawkins, in his book The God Delusion, refers to the God of the Old Testament as a sadomasochistic, megalomaniacal, bloodthirsty ethnic cleanser. Opponents of the Bible often characterize those who profess to believe the Bible as unintelligent, unscientific, bigoted, and narrow-minded.

The need for Christians to know the Word of God so as to be ready to defend the faith has never been greater. Given the progressive nature of the present culture, it is vitally important that believers are able to meet the challenges and criticisms being hurled at the Bible with confidence and compassion. Yet sadly, even many professing Christians admit to struggling with difficulties regarding the Bible and lack the ability to give solid answers to those outside the church who share those same struggles.

It is vitally important that believers are able to meet the challenges and criticisms being hurled at the Bible with confidence and compassion.

As a pastor, I am always blessed to hear men in our church, while conversing with others, competently address theological issues, give solid biblical interpretations, and deal confidently with difficult passages. It tells me that they’re not just readers of the Bible, they’re students of it. I believe there are many good reasons to become a student of the Bible, but three stand out in my mind.

1. Your own personal growth and development.

The Bible is not always easy to understand. Even Peter admitted as much when he wrote that some things in the Apostle Paul’s letters were “hard to understand.” (2 Peter 3:16) Yet, whenever you come across something difficult in scripture, don’t be satisfied with just glossing over it. Be diligent to search out the matter, pray over it, meditate on it, and if necessary, discuss it with another brother in Christ. An important question to ask yourself as you consider a difficult passage is, “Why would God put this in the Bible? What is he trying to communicate to me?”

As your knowledge and understanding of God’s truth increases, your faith will grow. The Holy Spirit will equip you to “to make a defense to anyone who asks you for a reason for the hope that is in you.” (1 Peter 3:15) I’ve been reading Dallimore’s biography of George Whitefield and was struck by his devotion to the Scriptures shortly after his conversion and the impact it had on his life. He wrote the following in his diary:

“My mind being now more open and enlarged, I began to read the Holy Scripture upon my knees, laying aside all other books and praying over, if possible, every line and word. This proved meat indeed and drink indeed to my soul. I daily received fresh life, light, and power from above. I got more true knowledge from reading the Book of God in one month than I could ever have acquired from all the writings of men.”

2. The faith of your children

You may be surprised to discover that your own children struggle with things they’ve either read in the Bible or heard others say about it. I read about a survey of 2,500 college students who were asked “What is the biggest question you have about the Bible?” The most common responses were not about major doctrines but rather, “does God really condone slavery.” “Is it wrong to get a tattoo?” “Why did God kill so many people?”

If your children attend public school, they will most certainly hear antagonistic remarks about the Bible. If their non-believing classmates know they’re Christians, they’ll be asked hard questions like, “What’s wrong with being gay?” “Why can’t women speak in church?” or “Why is the Bible such a sexist book?”

Dad, you are responsible to disciple your own children. Talk to them. Ask them if they’ve heard such things or ever had questions about things they’ve read in the Bible. It is a blessed son or daughter whose father can provide solid answers to such questions.

3. Your witness in this world

It’s my opinion that people out in the world have little or no real knowledge of the Bible. For many people, their first exposure to something in the Bible was a negative experience. Others simply have wrong assumptions about the Bible; they view it as a list of rules to follow, a collection of inspiring stories and examples to follow, or a theological encyclopedia. While the Bible may contain some of these elements, it was not written to be any of those things. It was written to be one unified story about the creation, fall and redemption of the world, and its main character is Jesus Christ.

This is the answer we must be ready to provide and explain to those who have questions or faulty assumptions. Peter’s command “to always be ready to give an answer” is followed by “do it with gentleness and respect.” Remember, we’re not trying to win an argument, but a person; a person who desperately needs a Redeemer. Becoming a student of the Bible isn’t about increasing knowledge so much as enlarging our hearts to point others to the person of Jesus Christ.

We’re not trying to win an argument, but a person; a person who desperately needs a Redeemer.

If you’re looking for more resources yourself, I encourage you to check out www.bibleproject.com.
Becoming a student of the Bible isn’t just increasing knowledge but pointing others to Jesus Christ.