The Cure for Fear and Anxiety 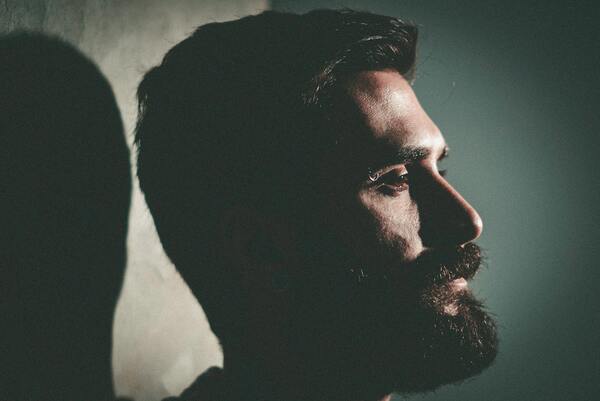 When the Cold War ended in the late 1980s, and with the threat of nuclear war in the rear-view mirror, American optimism about the future began to rise. The 20th century seemed poised to end on a high note. That is, until the Y2K scare led to “Doomsday Preppers”, militia groups, and religious fanatics believing the end was near. However, the fear was short-lived as the 21st century arrived without a hitch. Once more, the nation faced the future with great hope and confidence.

Unfortunately, people’s hope for the future would soon begin to fade. In his latest book, Hope in Times of Fear, Timothy Keller writes, “By the middle of the first decade of the 21st century the numbers of people believing in a better life for their children began to decline again. Pessimism about the future for our children and society has only deepened over the past fifteen years as a variety of polls and surveys show.”

For example, the Pew Research Center recently reported on the decline of optimism in America, citing that many of us see the nation in trouble on a number of fronts. The article’s subtitle explains, “Majorities predict a weaker economy, a growing income divide, a degraded environment and a broken political system.” These issues reflect legitimate concerns that impact all of our lives. How we face the future says a lot about us and our faith in the God who holds the future in his hands.

Christians need to understand that fear and faith are mutually exclusive. We can be concerned about the future without living in dread of it. If you find yourself stressed out or worried about the future, I want to encourage you to consider several simple truths:

When it comes to our future, worry accomplishes absolutely nothing. The problem with worry is that while it cannot change the past or control the future, it can make the present miserable. Fretting is basically the misuse of imagination and makes mountains out of molehills. Worry tends to blow things out of proportion and the longer we focus and dwell on our fears, the more control they gain over us.

Stressing about the future is also unhealthy. It’s a well-known medical fact that stress induces heart disease. The long list of physical ailments produced by anxiety is well documented.

Fretting is basically the misuse of imagination

Someone said worry is “stewing without doing.” We know the past is beyond our control and we can’t change what’s already history. However, if you’re worried about something you have the power to change, it’s time for action. In Proverbs 26:13 the slacker says, “There is a lion in the road! There is a lion in the streets!” In other words, he acknowledges the problem but does nothing to address it.

3. The Lord is our Shepherd.

I’ve always loved reading Sally Lloyd Jones’ Jesus Storybook Bible. Though written for children, it reminds me of great truths in terms that encourage me to exercise childlike faith in the God who promised “I will never leave or forsake you.” (Hebrews 13:5) For example, she begins Psalm 23 with, “God is my Shepherd, and I am his little lamb, He feeds me, He guides me, He looks after me, I have everything I need.”

If you find yourself in the grip of fear about the future, I will simply ask you this, “Is Jesus your Shepherd?” Because the truth is, the Lord will not be your Shepherd until the Shepherd is your Lord. The cure for fear and anxiety is acknowledging Jesus as Lord of your life. Once you’ve done that, the future becomes a part of God’s perfect plan for you. You can trust him to lead you through the dark valleys that will surely come.

I’m reminded of Adoniram Judson, the first American missionary to take the gospel to distant shores. His time in Burma (Myanmar) brought great trials such as losing his wife and children, a seemingly fruitless ministry, and imprisonment. While in prison, a representative of his board in America came to Burma to inquire about Adoniram’s prospects and hopes for the mission. His reply has often encouraged me, and I hope will encourage you. He said, “The future is as bright as the promises of God.”

I have no idea what the future holds but I am confident it’s securely within the hands of our Great Shepherd. He will continue to guide, provide, protect, and “work all things together for our good.” (Romans 8:28) So, how’s your future looking?

When feeling stressed or worried remember these simple truths.