Does God Ever Sanction Violence? 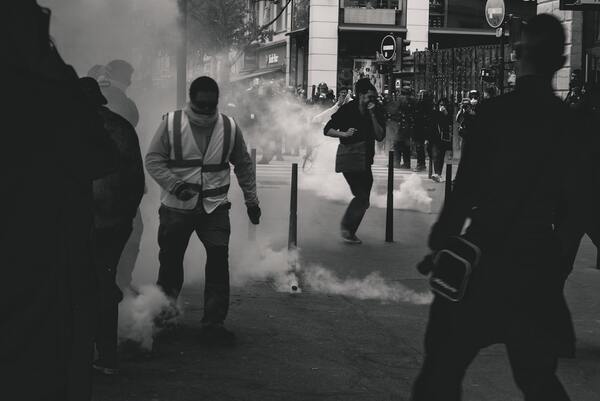 A friend once told me about an exchange he experienced with a Muslim who clearly perceived the distinction between their two religions. He said, “The difference between you and me is that you would die for your God and I would kill for mine.” Without debating his view of Islam, one thing in his statement is absolutely true. As Christians we may die for Jesus, but we can never kill in his name.

Given the rising tide of violence we’ve seen in our country over the past year or two, what are we to understand about using force to achieve righteous ends? Can those who call themselves Christians engage in such activities as what took place on Capitol Hill on January 6 of this year? And let’s not be naïve and think we’re somehow immune to the savage instinct of our fallen nature. Under sufficient provocation, all of us are capable of violent behavior.

As citizens of God’s kingdom there can never be cause for violence against others regardless of any so-called good. Two exceptions would be fighting in a “just war” or in self-defense, i.e., protecting one’s family. I don’t believe Jesus intends for us to lie down and become door mats for evil doers. Nor did he at any time condemn military service or teach pacifism.

When Jesus, in the Sermon on the Mount, commanded that we “not resist evil” the sense seems to be, “don’t retaliate in kind.” Personal vengeance is never our prerogative. Violent reactions against personal attacks are never sanctioned in the New Testament. We see this taught in 1 Corinthians where the Apostle Paul asks those being victimized by others, “Why do you not rather accept wrong? Why do you not rather let yourselves be cheated?” (1 Corinthians 6:7) He also instructed that we “not be overcome with evil but overcome evil with good.” (Romans 12:21)

When Jesus was questioned by Pontius Pilate, the Roman governor, he stated that if his kingdom were of this world, then his servants would fight. (John 18:36) We should not take his words here as a call to non-action in this world, but rather as a distinction between the state and the church. Our Lord was very active in standing for truth and defending God’s honor when he drove the money-changers from the temple.

Another issue that caught my attention was the Iranian couple whose Christian faith puts them in danger on a daily basis. In the documentary I watched, “Sheep Among Wolves”, this couple understands that every morning they leave their home may be their last. They know that if apprehended, she would be raped, and he would be brutalized and most likely killed. Their testimony was that both had surrendered their bodies as living sacrifices to God, and would therefore, willingly suffer for the sake of the gospel.

As Christians, living as pilgrims in this world, we fight for the truth, and contend for the faith “once for all delivered to the saints,” but the battle never involves physical violence on our part. We practice what one writer called “violence of love.” It’s the force we use to restrain the sinful impulses of our flesh. It’s the energy we employ to destroy spiritual strongholds and bring captive every rebellious thought. (See 2 Corinthians 10:3-5)

It is wrong for believers to participate in any violent action against other people regardless of the cause. We are called to peace. No political cause or personal attack ever warrants a response of violence, but rather calls for an active love that promotes the gospel and offers up the body as a living sacrifice, holy, acceptable unto God. (Romans 12:1)

Living as pilgrims in this world, we fight for the truth, but does this ever involve violence?