Pray for Your Brothers and Sisters in Afghanistan 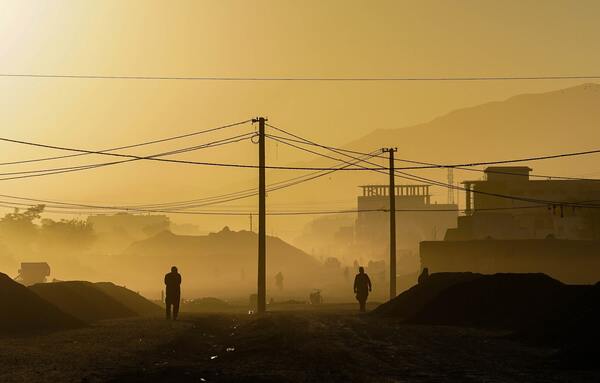 Afghanistan now lies in the hands of the Taliban, radical Islamists that threaten the lives of thousands of our brothers and sisters in Christ. In a recent report from CBN several cities with many Christians are surrounded with no way of escape. One anonymous Afghan church leader said that known Christians are at risk of being killed, and children will likely be taken away from Christian families for retraining. Daughters will be forced to marry a Taliban, and boys forced into military (Taliban) training.

"Definitely we trust in the Lord and pray that He is sparing His people," he said. "We believe in God, and we believe that as Christians we know there is persecution. Every Muslim background believer like myself that converted to Christianity knows the consequences of conversion. Islam is very clear, for the apostasy it is death. And there is no mercy on those people."

News of Christian persecution by radical Islamists has certainly hurt the attitudes of believers in the West towards Muslims in general. Several years ago, one survey revealed that white evangelicals are the least likely to know a Muslim and are the least welcoming to Muslim immigrants. As believers, we must understand that people are never the enemy and that we must pray for both the persecuted and the persecutors (see Matthew 5:44).

Moreover, the Apostle Paul warns us that “all who desire to live a godly life in Christ Jesus will be persecuted” (2 Timothy 3:12)—so while we do not seek out persecution, we must be prepared for it, nor does it justify hatred. Therefore, how should we respond to the news of what’s currently happening in Afghanistan?

I believe a biblical response calls us to do three things:

1. Take advantage of all opportunities the Lord affords you to build relationships with Muslims. Show them the love of Jesus and share your faith with them. Invite them to church and earnestly pray for their salvation.

2. Learn as much as you can about Muslims. Many Christians think Muslims in general are a threat but, in fact, 85 percent of Muslims are welcoming and friendly to non-Muslims. The spiritual awakening in Iran proves that many Muslims are disenchanted with Islam and open to the gospel.

3. Pray for our brothers and sisters in Afghanistan whose lives are at this moment in grave danger. Pray for their safety and for their faithful witness in the face of persecution. Pray that their courageous faith will impact their persecutors and open hearts to the truth of Jesus Christ.

As Christians, our first priority is to the gospel. Let us look for ways to bridge the gap between Muslims and evangelicals here at home. Throughout history, thousands of believers have given up their lives in attempting to reach people in difficult parts of the world. We mourn their loss but rejoice that their sacrifice was not in vain. They understood, as should we, that in New Testament Christianity, mission takes precedence over personal safety.

A biblical response to the events occurring in Afghanistan