The Obstacles and Benefits of Accountability 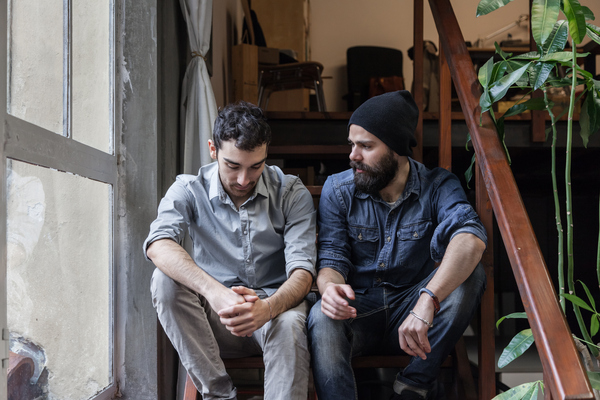 Accountability is one of those things that reveals the truth of Jesus’ words, “The Spirit is willing but the flesh is weak.” We know in our hearts that the discipline of making ourselves accountable to another person is a good thing, but the flesh is reluctant to submit. Thus, when it comes to accountability, we need to eliminate the obstacles so that the rewards may be realized.

As I see it, there are three obstacles to true accountability.

1. A Lack of Grace. Remember, it’s not your job to fix people. When people fail, they don’t need a lecture so much as they need grace. Accountability is only effective where there is grace. You most likely know someone who was abused by the system, rejected, or punished for their failure and then decided it’s safer on the outside. This is even more tragic when it takes place within the church.

2. Poor Setting. A guy who is cheating on his wife is less likely to confess to three other dudes while having breakfast at Chick Fil a. Accountability requires an atmosphere of safety. Transparency is often limited by environment. This is the strength of small groups. They provide time and opportunity for relationships to become intimate enough for trust to grow and without which accountability never happens.

3. Dishonesty. Face it: people lie. Due to the fall, humans are deceptive by nature (see Jeremiah 17:9). If you want people to think you’re okay it’s not hard to convince them. It’s like gaming the system. We know the lingo, and we work the ropes to our advantage. Accountability requires the pain of honest confession and many men just aren’t willing to pay that price.

For men who are willing to pay the price to overcome the obstacles of accountability, there are some rich rewards. Consider this definition: “Accountability is actions toward or involving others which reflect the integrity of the person you want to be.” Unpacking this definition reveals three elements:

1. Obedience. We’re not sin managers. Accountability is not so much focusing on what we’re doing wrong as on the right things we should be doing. It must maintain the view that a great adventure awaits those who will dare to live in radical obedience.

2. A Personal Emphasis. Always remember that people are the priority. Accountability isn’t about running a church ministry—it’s about helping the church member. Another way to say it: Ministry is about building people and not people building ministry.

3. Connectivity. Healthy accountability structures maintain various levels of connectivity. This is why involvement in a small group or men’s ministry is so important. We have no idea what kind of connections will develop, and it’s beautiful to see deep friendships spring out of ministry involvement. Jesus had twelve disciples and certain ones were closer to him than others.

Accountability means we connect with others on a level of authenticity that fosters spiritual growth. Such connections won’t happen by accident. If you’re not involved in ministry or if you shy away from gathering with other Christian men, it makes me wonder if you’re in hiding. Your fear of exposure is what’s really keeping you away. It’s also keeping from you being the man God wants you to be.