The Truth About Gender 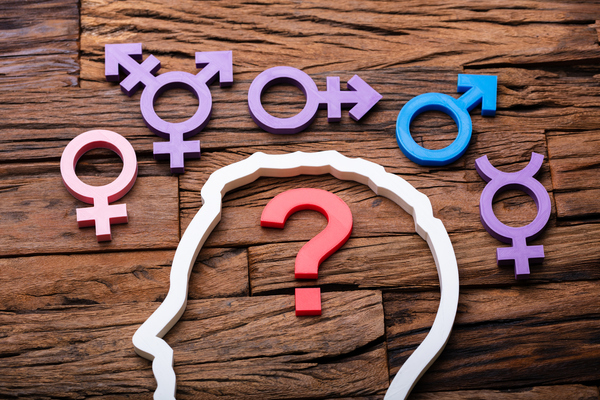 The great divide between people on either side of the transgender debate is conflicting authority. The current secular worldview and the Christian worldview are polar opposites in terms of authority. Ultimately, the heart of the issue is who has the right to tell me what is right or wrong, or how to live my life. As Christians, that authority lies in the God who created us in his image, and who gave up his life for us on the cross to pay for our sins.

Biblical Christianity affirms a God who created everything, has all authority, and who is good to all. King David wrote: “The LORD is good to all, and his mercy is over all that he has made.” (Psalm 145:9) If this is true, and I believe it is, then whatever he wills for us is best for us. The God of the Bible has revealed himself as trustworthy, even when we can’t understand why he allows bad things to happen.

Gender has proven a very painful issue for those who struggle with conflicting feelings and desires. If you’re a dad, you especially need to be able to address this issue with your kids and help them understand what the Bible teaches regarding gender. Even if they don’t struggle themselves, odds are they know someone who does. To help you begin that conversation, here are three things to understand about gender:

1. Gender is part of God’s plan for your life.

The Lord never acts arbitrarily or without purpose. The Bible teaches that he created us and that our bodies were “intricately woven” and fashioned according to his design. (Psalm 139, Jeremiah 1:5) God gave us the bodies we have to fulfill His unique purpose for us. Gender dysphoria reflects our fallen nature but in no way abrogates the Lord’s plan for our lives.

Kevin DeYoung wrote, “Far from being a cultural construct, God depicts the existence of a man and a woman as essential to his creational plan. The two are neither identical nor interchangeable…Dividing the human race into two genders, male and female—one or the other, not both, and not one then the other—is not the invention of Victorian prudes or patriarchal oafs. It was God’s idea.”

Since God made us “male and female,” the gender binary is his creative design. Genesis makes it clear that a person with male anatomy is male and a person with female anatomy is female. That such a statement must be made indicates how far we have fallen from the truth. The Lord gave men broader shoulders for a reason just as he gave women wider hips for a reason. To reject God’s design is to put yourself in rebellion against him. The attempt to be other than what he made cannot bring happiness or promote human flourishing.

3. Stereotypes can be harmful.

It’s unfortunate that many parents nowadays construe feminine qualities in little boys and masculine qualities in little girls as a sign of transgenderism. Andrew Walker, in his great book God and the Transgender Debate, says, “When society attaches stereotypes to gender and sex, it can easily send the signal that anyone who fails to conform to those stereotypes is somehow failing to epitomize manhood or womanhood.”

The truth is that little boys may not automatically love football or hunting, just as little girls may not automatically love cooking and sewing. Even Christians can err by perceiving masculinity and femininity according to societal ideas instead of what the Bible teaches. If a son, for example, plays with dolls it doesn’t mean he’s transgender, it simply indicates his capacity to be a caring, compassionate man. Likewise, if a daughter exhibits aggressive behavior, it doesn’t mean she’s transgender, but only that she has a capacity to be a highly productive woman.

Finally, don’t shy away from engaging your kids on this issue. There is great pressure from the other side to intimidate and silence all who disagree. We’ve reached a point in our history where such conversations between Christian parents and their children is urgently needed. If you would like to be better informed, Walker’s book is a great resource, and I highly recommend it.

Begin a conversation about gender with your kids using these three points.