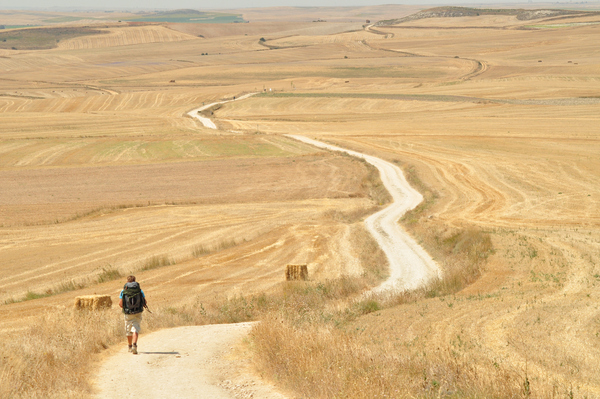 Beloved, I urge you as sojourners and exiles to abstain from the passions of the flesh, which wage war against your soul. (1 Peter 2:11)

One of the great needs of our day is for Christian men to live as pilgrims. The familiar chorus reminds us, “This world is not my home, I’m just a-passing through, my treasures are laid up, somewhere beyond the blue.” Yet sadly, most Christians seem to be perfectly at home in this world and have joined the rat race in laying up treasures on earth.

Only those who understand that the believer is an exile here can effectively withstand the pressure to conform. And it’s not getting any easier. Regarding the secular trend of increasing hostility toward Christianity, Alistair Begg has written: “Christians are increasingly going to be seen as different, and not in a good way. We are increasingly going to have to choose between obedience and comfort. The next decades will not bring apathy to the gospel, but antagonism. And that’s OK. After all, that has been the reality for most of God’s people through most of history.”

Pondering what it means to live as “sojourners and exiles,” I think of Daniel and his three friends living in Babylon. In numerous ways, they serve as examples for us and show us how to avoid getting swept up by the powerful and persistent cultural currents that threaten our souls.

Sanctification, the process of spiritual growth, never happens by accident. We must personally commit ourselves to the pursuit of holiness. Daniel and his bros, Azariah, Mishael and Hananiah, (aka Shadrach, Meshach and Abednego) determined to keep their bodies pure by resisting the carnal demands of godless Babylon.

The world offers a smorgasbord of carnal delights which constantly invite our indulgence. But Peter warns that these dainties “war against our souls.” As Christian men, we have to realize that this world isn’t a playground but a battleground. And James reminds us that true religion “in the sight of God” involves “keeping oneself unstained by the world.” (James 1:26) Therefore, let us strive daily to live in communion with Christ, seeking him in the Word of God and in prayer.

Read through Daniel and note how vividly God’s sovereignty is displayed. It’s a great reminder that God rules and overrules in the affairs of this world. In fact, Nebuchadnezzar, king of Babylon, had to learn this lesson the hard way. For seven years he was given the mind of a beast until he learned “that the Most High rules in the kingdom of men, gives it to whomever He will, and sets over it the lowest of men.” (Daniel 4:17)

Daniel’s interpretation of the king’s dream revealed how a rock would smash the ancient empires of this world and usher in an everlasting kingdom that would fill the earth. In the first century, it seemed incredible that the Roman Empire would fall but fall it did, even as the kingdom inaugurated by Jesus would expand throughout the entire world. Contemplate the glorious truth that one day “the kingdoms of this world will become the Kingdom of our God and of his Christ, and he shall reign forever and ever.” (Revelation 11:15)

3. Courage in the Face of Adversity

Daniel and his three friends put their necks on the line when faced with the choice to compromise or die. They had counted the cost and were willing to pay the price. They knew well the risk but refused to bow under pressure to give in to secular demands. In the words of Oswald Chambers, “they smilingly washed their hands of the consequences.”

The courage of Daniel and his buddies was not frivolous or foolhardy. It was born of the conviction that this world is the short, temporary one. They boldly stood up to a godless empire and honored the Lord with their courage. Men that live like pilgrims rest in the confidence that the best is yet to come. So, what about you? Are you living more like a sojourner or a native of this world?

Are you living more like a sojourner or a native of this world?