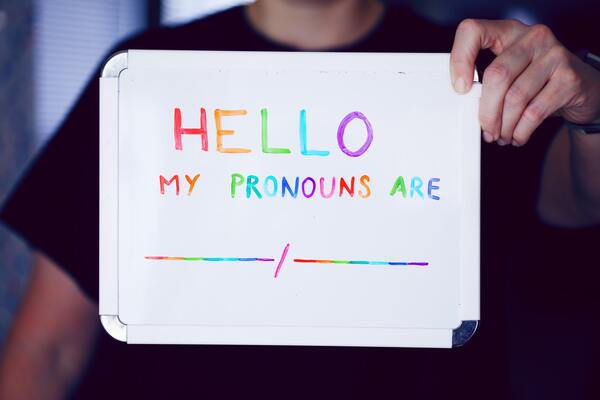 At some point it’s bound to come up: Your kid is going to have questions about transgenderism. Hopefully they’ll ask you instead of getting answers from wrong sources. Given the increasing acceptance and the misinformation on this issue, it’s vital that you are able to provide sound biblical answers to your children. Finding the delicate balance between protecting them from the world and preparing them for the world is one of parenting’s greatest challenges.

First, remember that your children read your attitude. Reacting with disdain, mockery, or insensitivity will always send the wrong message. Your child may conclude that Christianity isn’t sufficient to deal with life’s tough questions. So, don’t react, don’t panic, and especially don’t avoid having the conversation. You will need to address their questions confidently and appropriately depending on their age.

Second, your children need to understand that the Bible is God’s Word and speaks with absolute authority on any and every issue that confronts us. Make sure that you explain that, as Christians, the Bible is the basis of all we believe and shapes how we view the world.

Next, a great place to start is Genesis 1 where we learn that God created man and woman in his image with equal dignity but with sexual difference. The unique traits of manhood and womanhood are beautiful and good, and the human race depends on these differences and flourishes when conformed with our Creator’s plan.

Explain to your children that the reason it’s difficult for some is that the Lord’s good creation became corrupted by sin. Sin has permeated our entire being. We live in fallen bodies, with darkened minds, and to a degree, even our emotions have been broken. It's human nature to reject God’s authority and live by our own rules. As Christians, we must constantly resist thoughts and feelings that are opposed to God’s will. Your kids need to understand that our feelings don’t define us, even though the world continuously tries to convince them of that.

If you don’t feel up to the task of answering questions your son or daughter might have about transgenderism, you need to educate yourself, and you need to start now. There are a number of solid Christian authors that have addressed this issue. So, don’t shirk your responsibility because you find the subject awkward. There’s nothing wrong with saying, “I don’t know,” as long as it’s followed by, “but let me study this, pray about it, and we’ll sit down and talk about it.”

I can’t tell you how important it is to keep the lines of communication open. Especially if they express confusion about their own feelings. For most kids, puberty eventually enables them to accept their biological gender. However, the questions only get more difficult as your children get older. Listen to understand, speak with compassion, assure them of your love, and pray with them.

Are you prepared to answer your kid's questions about transgenderism?