We’re All On Stage 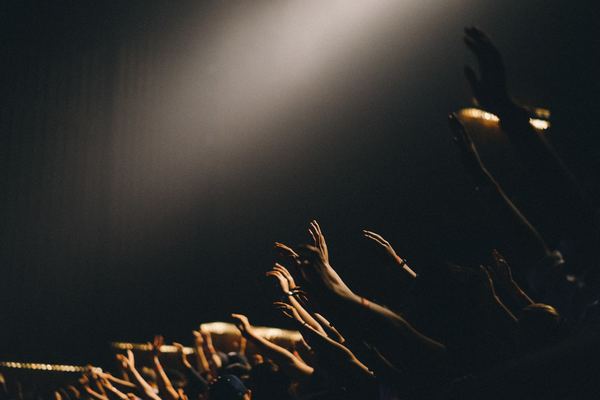 Over the last few months I have been leading our church through the book of Ephesians and I want to expand a bit on a point I tried to make yesterday in my sermon. It is the notion that the church was intended by God to display his “manifold,” literally his “multi-colored” wisdom to the “rulers and authorities in the heavenly places.” (Ephesians 3:10) I think John Stott said it best: “It is through the old creation (the universe) that God reveals his glory to humans; it is through the new creation (the church) that he reveals his wisdom to angels.”

The Apostle Paul will go on in (Ephesians 6) to identify these “rulers and authorities” as the “cosmic powers over this present darkness” and the “spiritual forces of evil.” Thus, the question is, how does the church make God’s wisdom known to these entities? I think it goes back to what Jesus promised in his great declaration in (Matthew 16:18) when he said, “I will build my church, and the gates of hell shall not prevail against it.” As Jesus continues to build his church throughout the world, it reminds Satan and his minions that they are defeated foes that can do nothing to stop the progress of the gospel.

This powerful truth should have an impact on believers in three ways.

1. It enhances our perception of the church.

Since Pentecost, the church has been central throughout history. She has survived the swelling tides of war and disaster, the tsunamis of political upheaval, and the rapids of cultural and moral revolutions. As the body and bride of Christ, the church will outlast human history to rule the universe under the reign of Christ over all things. Your involvement in a local body of believers will, to a degree, reflect your view of the church. Sadly, a consumeristic view still holds sway over many who believe the church exists to meet their own personal needs.

2. It calls for a commitment to the gospel.

Jesus created the church as a new race of humanity (Ephesians 2:15). The church has been called “the third race.” There are Gentiles, Jews, and now the church which exists as a new race called out by God to represent him in this world. Israel had been called out from the nations to be a light to the nations but failed in their purpose. Their favored status as God’s special people led to a prideful disdain for all other peoples. Let us endeavor not to make the same mistake they did. Paul referred to the revelation of the church as a “stewardship of God’s grace.” That is, the Lord revealed this truth about the church so that he might proclaim “the unsearchable riches of Christ.” (Ephesians 3:8) Christians need to understand that the church doesn’t exist for them. The church exists for God’s glory. The church on earth is an agent of reconciliation between God and man. We are his ambassadors sent out to proclaim the good news that sinful man can be reconciled to God.

Christians need to understand that the church doesn’t exist for them. The church exists for God’s glory.

3. It strengthens our faith in God.

In this section of Ephesians, Paul identifies as “the prisoner of Christ Jesus.” Though in Roman shackles he was not a prisoner of Nero, nor of the Rome, nor of the Jews…but of Christ. That’s the key to what he is saying here. Paul knew that what happened to him was according to God’s purpose. He endured “prisons frequently” because he understood God was at work through his sufferings to further the gospel. He told the believers in Philippi that what happened to him had “served to advance the gospel.”

This reminds us that what happens to us is never as important as how we perceive what happens to us. Paul knew he was in chains for Christ and therefore he could “endure all things for the sake of God’s elect.” (2 Timothy 2:10)

I want to challenge you to personally evaluate your relationship to your local church. What is your involvement in your local church proclaiming to the evil spiritual forces at work in this world? Is your life reminding them of their ultimate defeat? Do you consider church optional? Does your involvement, or lack thereof, reflect a consumeristic perspective? And are you living as a prisoner of Jesus Christ, captive to his will, understanding that suffering and hardship ultimately serve his purpose? Remember, we’re all on stage and the audience of angelic beings are watching. By God’s grace, let’s “break a leg” to remind them how it all plays out in the end.

Involvement in a local body reflects your view of the church.