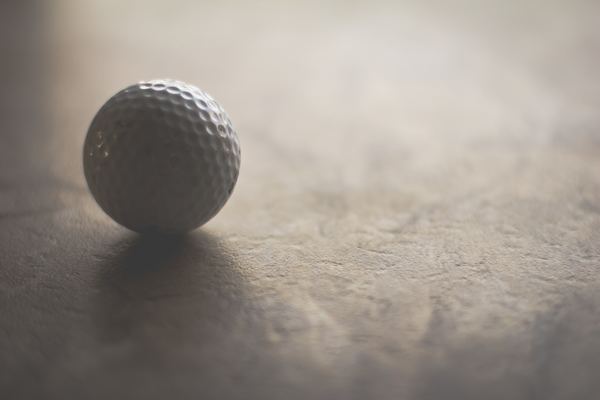 On Sunday, I was glued to the television to see if Tiger Woods would complete one of the greatest comeback stories in all of sports. He did.

Being a duffer on the golf course (I can count on one hand the number of times I’ve been in the high 70’s), I know a bit of what it takes to do what he did. Being an avid fan of the game, I also know what Tiger Woods has had to overcome to accomplish his 80th professional victory at the Tour Championship in Atlanta on Sunday.

Reporting for the Wall Street Journal, Brian Costa stated: “Woods is writing his third act.” That statement reflects Tiger’s legendary golf accomplishments as the first act, the second being his infamous sex scandal that ended his marriage and the physical injuries that took him out of competition for the better part of five years. Now with that behind him, he begins Act 3 with his Sunday victory and his return to the Ryder Cup Team for the first time since 2012.

If you watched Sunday’s tournament, you had to be impressed with the incredible crowds that followed Tiger’s every shot. Walking up the 18th fairway, literally thousands of adoring fans strained to get a look or a pic, knowing they were witnessing golf history in the making. The almost inexplicable charisma Tiger embodies (he drove a 142% ratings increase from 2017) is well worth considering as a challenge to us as we write our own stories. What can we learn from Tiger’s remarkable revival that can help us?

1. The Clock is Ticking

At age 42, Tiger is “over the hill” in sporting terms of longevity. Granted, golf is not as physically demanding as other sports, but it is worth noting that some of Tiger’s contemporaries, like Kobe Bryant and Derek Jeter, have long since retired from their respective careers. Few athletes have displayed Tiger’s tenacity and determination in returning to competition. Commentators repeatedly referred to his age raising the obvious question: how long can he continue?

Good Christians, like good athletes, keep an eye on the clock. They understand the familiar adage, “only one life twill soon be past.” They also see the wisdom in “numbering their days” so that they might live out their lives in meaningful ways. Goats like Tiger Woods and Tom Brady have one goal: to stay as competitive as they can for as long as they can. As believers, we should share a similar goal: to serve the Lord as well as we can for as long as we can.

The question we all need to ask ourselves is simply this: “Am I using the time God has given me wisely?” The challenge is to make sure we’re investing our time, not just spending it.

2. The Possibility of Revival

America loves comebacks. Witnessing someone overcome great obstacles and defeats to step back into the winner’s circle is endearing to the human soul. We need to ask why that is. I think it’s partly because it gives us hope. It helps us embrace the possibility that no matter how far we fall there is always a place to begin again. Costa’s article offered the following insight: “With each sighting of Woods marching down fairways on Sunday—clad in his traditional red shirt and charging up leaderboards—the world of golf grew more intoxicated. The drug was nostalgia, and Woods evoked it in a way that few athletes in the world could.”

What was being remembered were the good ol’ days; the good times of victory and fame. Could Tiger dispel the clouds of defeat, injury, and scandal to make it back into the limelight? Costa put the question like this: “Would there be some storybook finish to his career, as befitted one of the greatest athletes ever? A major championship in twilight? Or would the last decade be it: scandal, injuries, fade to black?”

As Christians, we all need to remember that no matter how badly we’ve screwed up or how far we’ve fallen, there’s always a place to begin again. I remember one downtime in my own life I was sitting in a church service with an old perceptive friend. She looked me in the eye and asked me a question I’ll never forget. She said, “I can tell you’re limping. What have you learned?” Instantly, the word spilled out, “I’ve learned there’s no bottom to God’s grace.”

As Christians, we all need to remember that no matter how badly we’ve screwed up or how far we’ve fallen, there’s always a place to begin again.

The blood of Jesus always goes deeper than the stain of our sin. In grace he forgives and restores and will give us opportunity to redeem the time.

Costa’s article ends by stating that the end, for Tiger Woods, has yet to be written. That’s true for all of us, and there’s no guarantee that we’ll finish well; that we’ll leave a godly legacy. We must live each day by faith, depending on God’s grace to carry us on.

A photograph in the Journal shows Tiger sizing up a put with five guys in the background, all with shirts that spelled out T-I-G-E-R. What I thought was interesting about the pic was that the “I” in Tiger was blocked by a young kid standing in front of the guy with the I shirt. It made me think about Tiger’s influence on the younger generation. Kids have always idolized their sports heroes and Tiger’s impact on millions of young athletes has been profound.

Yet, the fact remains that all of us have influence. I’m sure you realize that no man is an island. The Bible says it this way: For none of us lives to himself, and none of us dies to himself. (Romans 14:7) In other words, you cannot live without being influenced by others and without influencing others by your own life. Regardless of your sphere of influence, strive to live the kind of life that will be a light for those that come after you.

I don’t know Tiger Woods. I know something about his life. I know he’s the greatest golfer of this generation, that he messed up, and that he came back to win again. If you are one of the many Christians who’ve lived a similar track, experiencing great blessing followed by great failure, I hope this will encourage you. Considering Tiger’s story, remember you too, can begin again. Remember, there’s no bottom to God’s grace. So, how will your third act play out?

Reflections on the comeback of the greatest golfer of our generation