Without Christ, a true friend is indeed hard to find 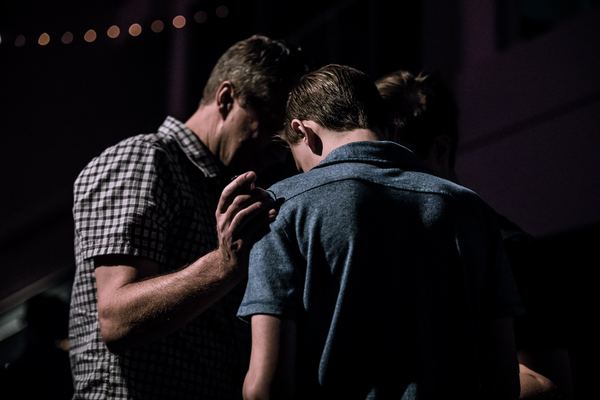 Being created by a triune God and in his image means that we are social beings who crave relationships. From eternity, the Father, Son, and Holy Spirit have been loving and delighting in each other. (John 17:24)

However, because we are fallen creatures (Genesis 3), we are inherently self-interested, and so our desire for relationships has become inwardly focused. We are bent to approach relationships to get what we want out of them, rather than meet the needs of others.

This is why deep, trusting friendships are hard to cultivate. Thankfully, the redemption we have in Jesus Christ begins a work that turns us inside out, away from ourselves and toward others. How does this shift become evident in our friendships?

A true friend senses when something’s wrong in his friend’s life. He’s emotionally connected to you, knows how you’re feeling, and can detect when something is amiss in your life.

Sometimes when a group of guys shoot the breeze, there’s one guy who starts every sentence with “I think…” or “I would…” or “You should…” Every contribution to the conversation is about himself. That’s a sign of inward focus, and he’s probably not even wondering what’s going on in another’s life—except to say what he thinks about it.

On the other hand, a sensitive friend may say very little, but when he does speak, it is perhaps an insightful but tough question, compliment, or some other outwardly directed statement. This indicates he’s actively listening and genuinely interested with what’s happening in another’s life.

In this way, true Christian friendship provides something akin to spiritual radar; they pick up on attitudes and words that indicate something is lacking in a friend’s walk with the Lord.

Solomon wrote, “Faithful are the wounds of a friend, but the kisses of an enemy are deceitful.” (Proverb 27:6) A friend has the courage to tell the truth, even when it hurts. Covering up the truth because you don’t want to hurt feelings is the same as the work of an enemy. Fearing to speak truth into a friend’s life is an indication that, for you, the connection has turned inward.

True friendship comes with risk, because to love anything is to make yourself vulnerable to heartbreak. We can never be sure how the other person will receive our admonitions, but a true friend values another so much that he is willing to risk the relationship by speaking hard truths even when they aren’t initially welcomed.

Speaking truth into another’s life not only requires courage but also wisdom. The ability to speak the truth in love is a mark of spiritual maturity (Ephesians 4:15). The difference between strengthening a friendship and ending one is often determined by the manner and method of the confrontation. A good rule to follow is: right time, right place, right attitude.

Jesus instructed, “If your brother sins against you, go and tell him his fault, between you and him alone.” (Matthew 18:15) Don’t send a text, email, or even make a call. And don’t catch him in passing. If you really care, ask him if you can talk over a cup of coffee or lunch. Up close and personal is always best because it sends the message that you do care.

True friends are supportive. That doesn’t mean they agree with every decision or condone every attitude and action. They can agree to disagree. Darrin Patrick says a lot of guys are content to be “drinking buddies,” who share good times but don’t challenge their friends to grow and realize their potential.

A supportive friend means communicating unconditional love which says, “I’ll stick with you through the storm, even if it was self-imposed.” True friends don’t abandon each other over self-inflicted wounds.

“A friend loves at all times and a brother is born for adversity.” (Proverbs 17:17) True friends are always there afterward to help pick up the broken pieces. They’re eager to support and facilitate recovery and restoration.

The awareness of our own faults and weaknesses is often a great deterrent to true friendship. We think, “Who am I to rebuke anybody? I’ve got enough problems of my own to play judge in someone else’s life.” But true friends are humble. That doesn’t mean they’re self-deprecating or suffering from an insecurity complex. It means they’re able to see us through the lens of Jesus Christ, the great friend of sinners who willingly sacrificed himself on our behalf.

True friends know they’re not perfect and they don’t consider themselves better than anybody else. In fact, they’re not thinking about themselves at all. They’re more interested in you and your character and working to bring about God’s best in your life.

“In a sense, friendship is forged most when two guys look outward and discern how best they can serve the world shoulder to shoulder.” – Darrin Patrick

There seems to be a real dearth of true friends, not only in this world, but even within the church due to an inward focus. Many tend to shy away from other people’s messes. If the relationship requires sacrifice or becomes too difficult, we would rather just pray for the person instead of investing the treasure of true friendship.

If you want to be a true friend to someone—and have someone be a true friend to you—first understand the ultimate friend you have in Jesus, who bore your burden until it crushed him. (Isaiah 53) Let that be your motivation and security to become the precious gift of an outwardly focused friend to another—the kind that cares enough to confront, support, and risk the relationship out of love for Christ and your friend.

Five signs of a true friend