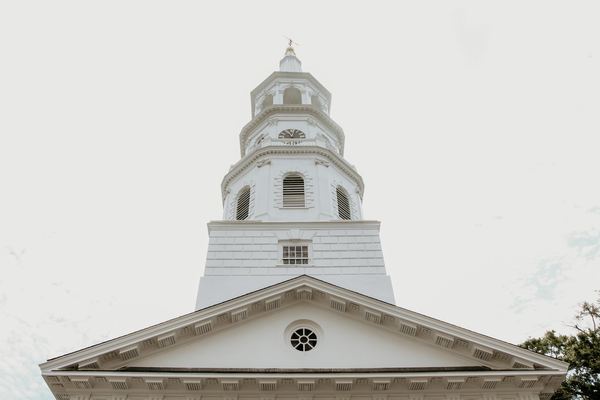 A controversy has recently sprung up that raises questions about how we interpret the Bible. John MacArthur, speaking in a panel discussion at “Truth Matters Conference,” was asked to give a “pithy” response to whatever word the moderator spoke. The word (actually two words) was “Beth Moore.” His two word response was about as pithy as you can get; “Go home.”

MacArthur proceeded from there to criticize what he believes are efforts among evangelicals, like the Southern Baptist Convention, to interpret the Scripture in accordance with cultural norms. “We cannot allow the culture to exegete the Bible.” He also mentioned the recent passing of resolution 9 at the June Convention of Southern Baptists which he said advocated intersectionality and critical theory as useful tools for interpreting the Bible. I am addressing this issue in order to help some who may be confused by social media outlets that were quick to take sides. Our great adversary will use anything he can to divide us and sow discord among brothers and sisters in Christ. Therefore, I sincerely hope to provide some clarifying insight.

Our great adversary will use anything he can to divide us and sow discord among brothers and sisters in Christ.

I do not know Mrs. Moore, nor do I listen to her or read her writings. I am not in any position to criticize her or her ministry. Some very good men and women acknowledge her devotion to Christ and the Word of God. Years ago, my wife played a DVD of one of her sessions and I can attest to two things; she is a woman and she is a preacher. Also, I would not put her into the same category with Paula White who clearly preaches a prosperity gospel. If Beth’s ministry is directed toward women, I have no problem with her preaching or teaching them God’s Word. Furthermore, if a man wants to listen to her “preach” that’s his preference. Aquila was a woman who helped Apollos understand “the way of God more accurately.”

What may be at the heart of this controversy is simply a confusion of terms. MacArthur repeatedly used the term “women preachers” which requires a bit of explanation. Being a complementarian, I do not believe that women should hold positions of authority over men, nor serve as pastors of churches, or be teachers of men. However, every believer is called to proclaim the gospel. In context, I think Dr. MacArthur was referring to women serving in positions of authority over men which the Bible clearly forbids.

I trust Dr. MacArthur’s teaching and wish this distinction had been made. Listening to his words in context leads me to say we should give him the benefit of the doubt and conclude he meant women “usurping authority over men.” He was not saying women can never, under any circumstances preach the Word of God. I would add that there is not a single reference in the New Testament that suggests women may serve in any capacity that puts them over men.

“Woke” is a term that originated in the black community designating an awareness of social and racial injustice. It now has become mainstream to embrace broader themes like gender, sexual identity, and has become synonymous with “political correctness.” “Intersectionality” is a term attributed to Kimberle Crenshaw that refers to the overlapping of various forms of discrimination such as sexism, racism, and classism.

Perhaps these ideologies aren’t ideologies at all, but rather better understood as a framework for viewing social injustice. And there’s no denying that many churches have become infatuated with social concerns to the neglect of the gospel. It is interesting how ideologies can take on religious overtones. Aussie legend, singer-songwriter Nick Cave, when asked his about his political leanings, gave this straight-forward and honest response:

“I tend to become uncomfortable around all ideologies that brand themselves as ‘the truth’ or ‘the way.’ This not only includes most religions, but also atheism, radical bi-partisan politics or any system of thought, including ‘woke’ culture, that finds its energy in self-righteous belief and the suppression of contrary systems of thought. Regardless of the virtuous intentions of many woke issues, it is its lack of humility and the paternalistic and doctrinal sureness of its claims that repel me.”

I do not believe the Southern Baptist Convention approved “intersectionality and critical race theory” as legitimate tools to interpret scripture. After reading the entire resolution, I concluded that the convention merely stated that such ideologies can provide “insights that help us understand social dynamics.” The resolution, in my mind, said nothing that would imply “caving to the culture.” For example, here are a few excerpts from that resolution:

WHEREAS, Evangelical scholars who affirm the authority and sufficiency of Scripture have employed selective insights from critical race theory and intersectionality to understand multifaceted social dynamics; and

WHEREAS, The Baptist Faith and Message states, “[A]ll Scripture is totally true and trustworthy. It reveals the principles by which God judges us, and therefore is, and will remain to the end of the world, the true center of Christian union, and the supreme standard by which all human conduct, creeds, and religious opinions should be tried” (Article I); and

WHEREAS, Critical race theory and intersectionality alone are insufficient to diagnose and redress the root causes of the social ills that they identify, which result from sin, yet these analytical tools can aid in evaluating a variety of human experiences; and

WHEREAS, Scripture contains categories and principles by which to deal with racism, poverty, sexism, injustice, and abuse that are not rooted in secular ideologies; and

WHEREAS, The Southern Baptist Convention is committed to racial reconciliation built upon biblical presuppositions and is committed to seeking biblical justice through biblical means; now, therefore, be it

RESOLVED, That the messengers to the Southern Baptist Convention meeting in Birmingham, Alabama, June 11–12, 2019, affirm Scripture as the first, last, and sufficient authority with regard to how the Church seeks to redress social ills, and we reject any conduct, creeds, and religious opinions which contradict Scripture; and be it further

RESOLVED, That critical race theory and intersectionality should only be employed as analytical tools subordinate to Scripture—not as transcendent ideological frameworks; and be it further

RESOLVED, That the gospel of Jesus Christ alone grants the power to change people and society because “he who started a good work in you will carry it on to completion until the day of Christ Jesus” (Philippians 1:6)

In light of the actual reading of “Resolution 9” I think Dr. MacArthur misspoke and may have given the impression that Southern Baptists are compromising and giving in to the culture. It is possible to be relevant and savvy culturally without bowing to cultural ideologies.

The science of biblical interpretation demands an historical-grammatical approach that seeks to discover authorial intent--what the writer intended to say. It is a grave mistake to use social ideologies as a guide for determining the meaning of scripture. Those who do so change the Bible to suit their agendas and lifestyles. For example, Matthew Vines promotes the notion that being Christian and gay is no contradiction. If we start interpreting scripture through cultural ideologies instead of evaluating cultural ideologies in light of scripture, the Bible loses its authority. In this, MacArthur is exactly right.

You can find resolution 9 from the Southern Baptist Convention here.
Mohler, MacAurthur and Moore? So many voices, to whom do you listen?