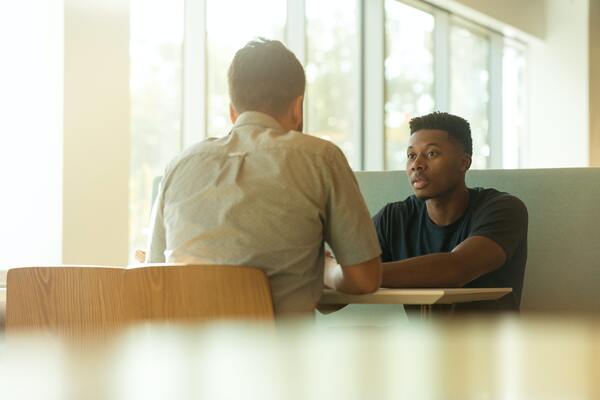 What would you do if you discovered that a brother in Christ was involved in some kind of sinful practice? Or if you witnessed him in some kind of compromising position? Men often avoid confronting an erring brother even though the Bible makes it clear that it’s our responsibility to do so. Guys rationalize their lack of obedience in this area in several ways:

This simply isn’t true. Contrary to Cain’s attitude, you are your brother’s keeper. Failure to act in compassion toward an erring brother is disobedience to God and unloving towards the one at fault. While the Bible does tell us not to “meddle in other people’s business,” (see 2 Thessalonians 3:11) seeking to restore a sinning brother is completely different. If you are privy to sinful behavior by a Christian brother, it is your business to seek his restoration.

Right. Nobody’s perfect. I totally get that. However, such an excuse doesn’t abrogate your responsibility to reach out to an erring brother. But it does call for several precautions.

First, Jesus taught us to remove the beam out of our own eye before attempting to remove the speck from our brother’s eye. So, our Lord actually does encourage us to remove “the speck,” but only after making sure our own hearts are not guilty of something greater.

Second, we must avoid the “holier than thou” attitude. Understand that but for the grace of God you could have been the one in the wrong.

Third, always make sure there has been a clear violation of scripture. Such interventions should never concern personal preference but only obvious transgressions.

While it’s true that Jesus taught us to “judge not lest we be judged,” (see Matthew 7:1) he also, in the same chapter, taught us to be discerning, recognizing those in error by their fruits. (7:16) The Apostle Paul wrote, “The person with the Spirit makes judgments about all things, but such a person is not subject to merely human judgments.” (1 Corinthians 2:15)

Paul’s command to the Galatian churches sets forth our Christian duty to seek restoration of those “caught in any transgression.” (Galatians 6:1) A few obvious lessons emerge from this verse:

• To restore means to bring the erring brother back to his former condition. It refers to one who had been walking in the Spirit and suddenly fallen prey to his fleshly passions.

• We must avoid sharing the brother’s fault with anyone else. We are to personally approach him, per Jesus’ instructions in Matthew 18.

• We must act in humility, recognizing the weakness of our own flesh. We must guard our hearts against the same temptations that cause our brothers to fall.

The idea here is that biblical intervention is motivated by clear biblical principles. When we know the behavior is sinful, recognize our own shortcomings, and act out of genuine concern, confronting our erring brother becomes an act of love and compassion.

Confronting an erring brother becomes an act of love and compassion when done out of genuine concern.