A Few Thoughts on Singleness 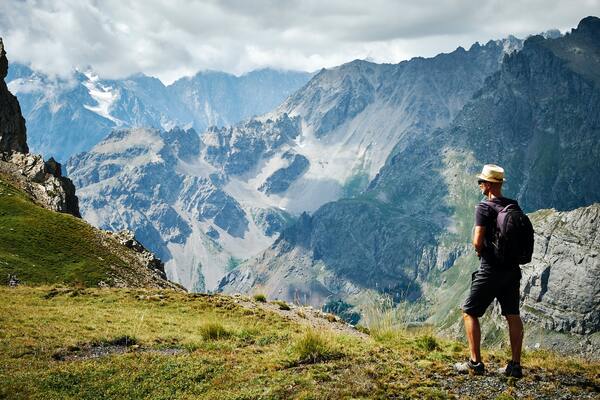 Corinth was the Las Vegas of its day, a virtual “sin city” devoted to fleshly indulgence. The NIV Study Bible notes, “So widely known did the immorality of Corinth become that the Greek verb ‘to Corinthianize’ came to mean ‘to practice sexual immorality.’” The temptations confronting believers in Corinth were an everyday reality, particularly for single men. No doubt this is what prompted the Apostle Paul to write, “Because of the temptation to sexual immorality, each man should have his own wife and each woman her own husband.” (1 Corinthians 7:2)

We can only imagine the pressure on single men in that corrupt, licentious society. The contextual setting of 1 Corinthians paints a picture that looks very much like our own culture. Yet, later in the same chapter Paul advises that singles remain single in order to maintain a deeper devotion to Christ. How does this shake out for Christian men who are single? What should Christian singleness look like in our world?

In fact, the ability to live a celibate life is called a gift from God. Referring to his own single status, the Apostle Paul wished that “all were as I myself am. But each has his own gift from God.” (1 Cor 7:7) Obviously, singleness was a great advantage in his missionary life. What this means is that singles, no matter their age, are in no way second class citizens in God’s kingdom. On the contrary, it can be a gift to further God’s kingdom. So, if you are single, you may certainly seek a wife, but don’t think less of yourself if you’re getting older and still unmarried.

First, it provides greater opportunity to develop personal friendships. Married men, according to Paul, must deal with the responsibilities that come with having a wife (see 1 Corinthians 7:33) Single men usually have greater freedom to pursue more relationships and on a deeper level. A dear friend of mine once said, “Building healthy relationships is better than building exclusive ones.” In this secular and sexualized culture, single men need good, solid, godly friendships for the encouragement and accountability they provide.

Second, singleness provides an opportunity for greater spiritual growth. I would encourage single men to use their freedom as a single to pursue Christ and to develop a deeper intimacy with him. This, by the way, is the best way to resist those ubiquitous, carnal temptations constantly being hurled at us. James, the brother of Jesus, offered this inspired advice: “Submit yourself Christ, resist the devil and he will flee from you.” (James 4:7) It is in submission to Jesus that we find escape from Satan’s snares.

Finally, those who are single have much more freedom and flexibility in serving the Lord and his church. On the one hand, singleness doesn’t give you excuse to isolate yourself from the body of Christ, and on the other hand, doesn’t give you an excuse to use church primarily as a means to develop your social network. Many singles end up in large churches that offer great programs and fellowship that, frankly, are self-serving.

I would encourage singles to ask themselves, “Am I using my freedom and spiritual gift(s) to serve the church, to edify and bless others?” The world continually preaches a philosophy of selfish hedonism that encourages single men to live for self and forget everyone else. The Christian worldview is exactly the opposite.

A biblical view of singleness doesn’t focus on self but embraces the freedom from domestic cares to pursue Christ, to serve his church, and to impact others through strong healthy relationships. This is not only the path to contentment and blessing; it is also the way, if it be God’s will, to find the wife He has for you. Until then, celebrate your singleness as a blessing from God, and use it for His glory.

Singleness can be a gift that enables you to give